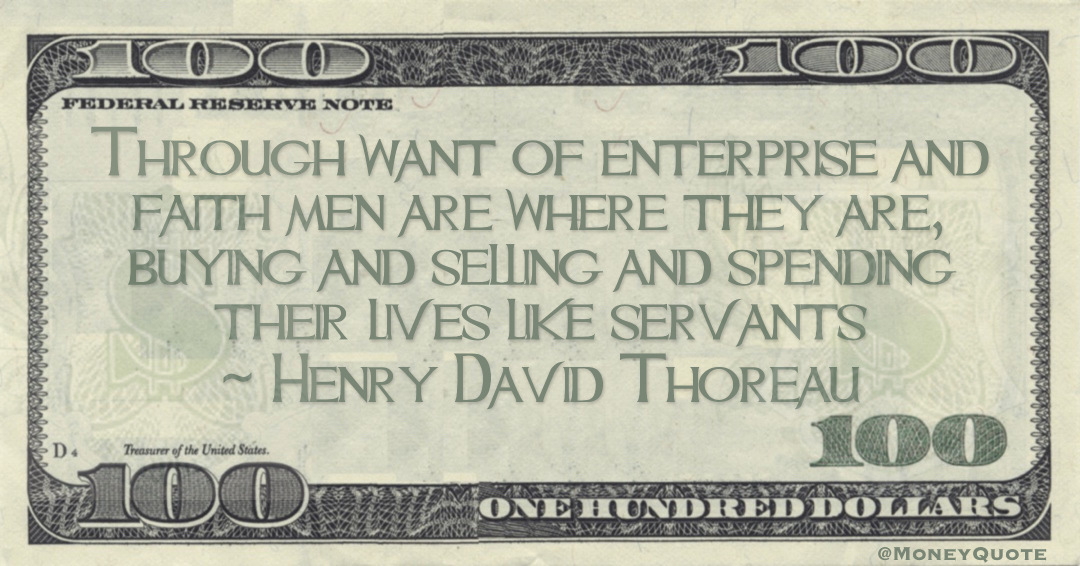 “Through want of enterprise and faith men are where they are, buying and selling and spending their lives like servants” — Henry David Thoreau

Share the Henry David Thoreau Money quote image above on your site: 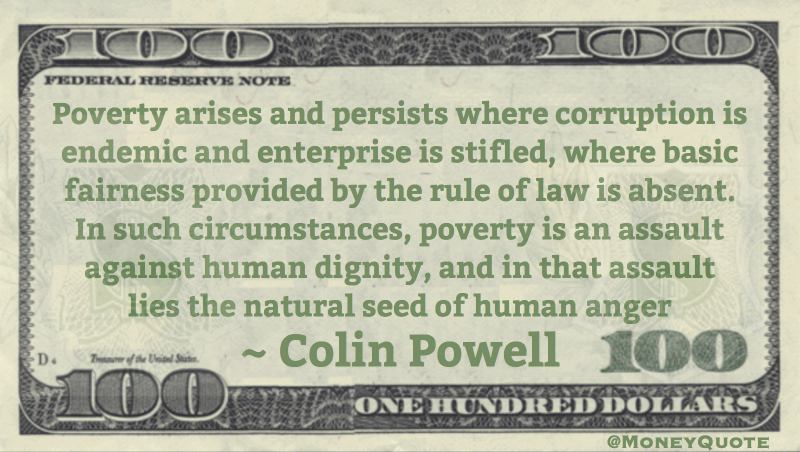 “Poverty arises and persists where corruption is endemic and enterprise is stifled, where basic fairness provided by the rule of law is absent. In such circumstances, poverty is an assault against human dignity, and in that assault lies the natural seed of human anger” — Colin Powell

Share the Colin Powell Money quote image above on your site: