Elon Musk Money Quote saying that because robots and automation are going to take jobs, we will be likely to end up with Universal Basic Income (UBI). Elon Musk said: 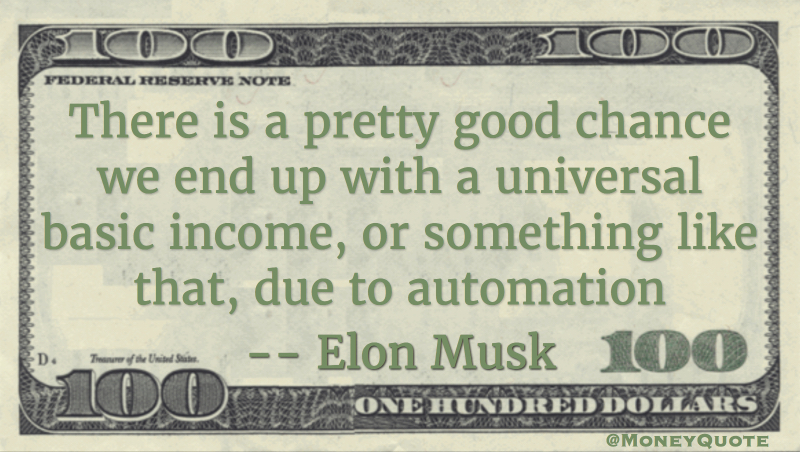 “There is a pretty good chance we end up with a universal basic income, or something like that, due to automation” — Elon Musk

Share the Elon Musk Money quote image above on your site:

Elon Musk Money Quote saying his percentage of the profits from sale of PayPal were invested in his other business ideas. Elon Musk said:

My proceeds from the PayPal acquisition were $180 million. I put $100 million in SpaceX, $70m in Tesla, and $10m in Solar City. I had to borrow money for rent
— Elon Musk

Elon Musk on Future of Humanity over Cash

‘What are some of the other problems that … most affect the future of humanity?’ Not from the perspective, ‘What’s the best way to make money?’ — Elon Musk