We have to reduce the influence of money in our politics, so that a handful of families and hidden interests can’t bankroll our elections — and if our existing approach to campaign finance can’t pass muster in the courts, we need to work together to find a real solution
— Barack Obama

Hey, a handful of billionaires can’t buy our elections, right? Of course not! They can only pour unlimited anonymous cash into a 501(c)(4) if 50% is devoted to issue education. Otherwise they’d have to 501(c)(6) it or funnel it openly through a non-campaign coordinated super PAC
— Jon Stewart 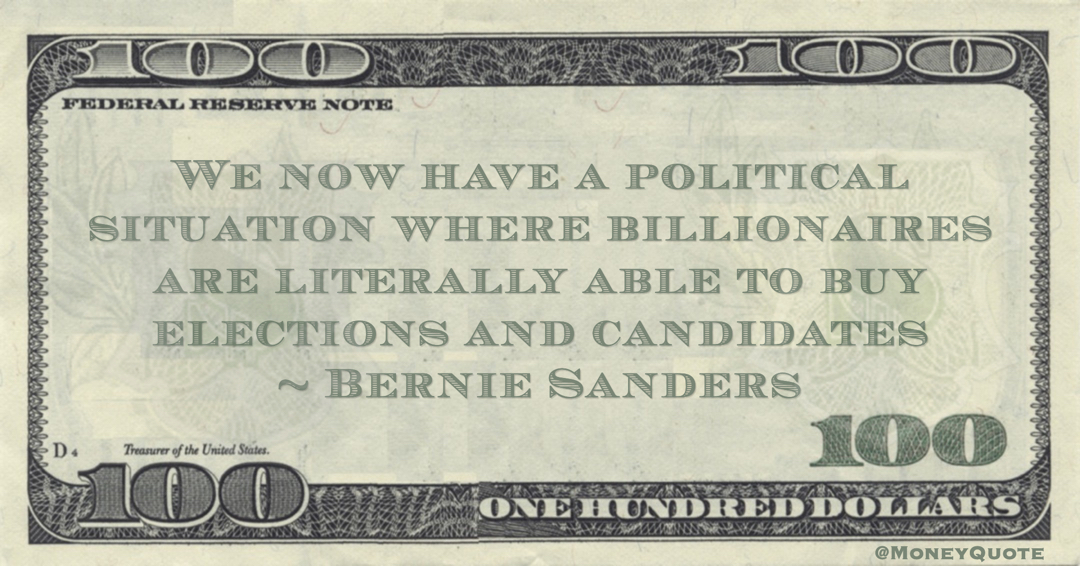 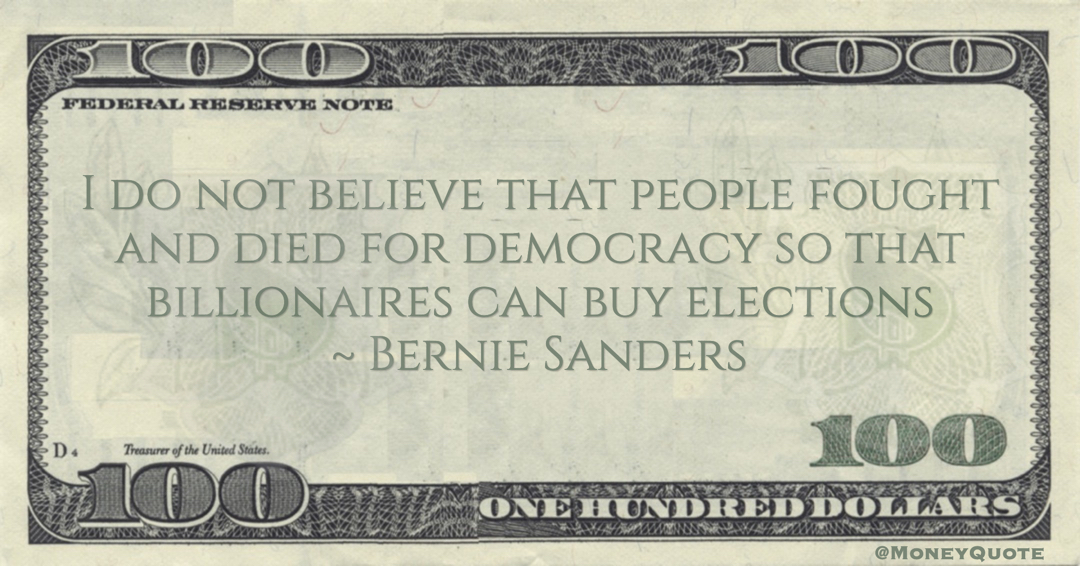 Sheldon Adelson Money Quotation saying the Billionaire is unapologetic about buying influence because it is legal and he can because he’s wealthy. Sheldon Adelson said: 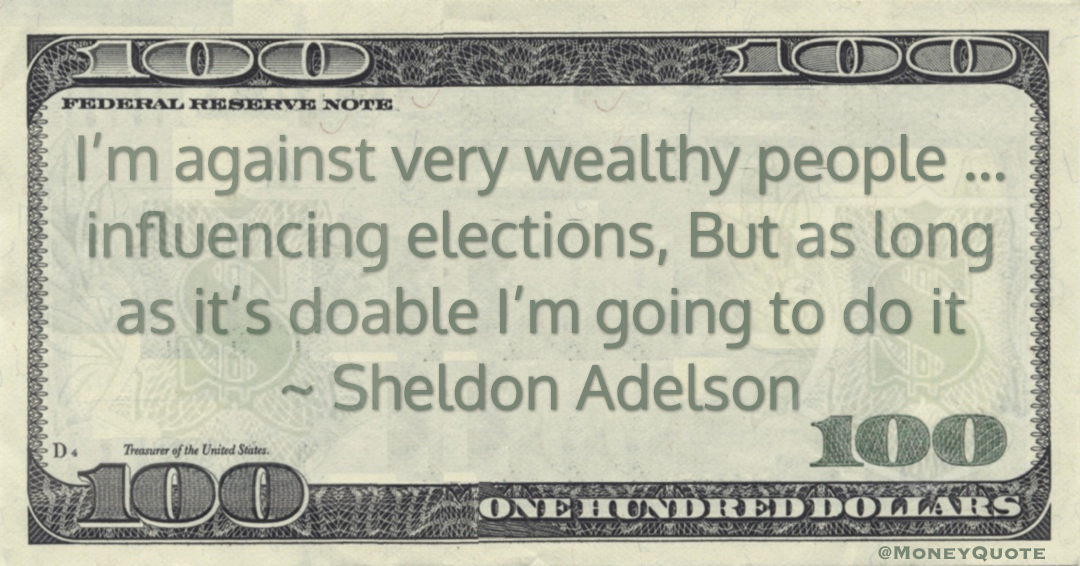 I’m against very wealthy people … influencing elections, But as long as it’s doable I’m going to do it” — Sheldon Adelson

Share the Sheldon Adelson Money quote image above on your site: