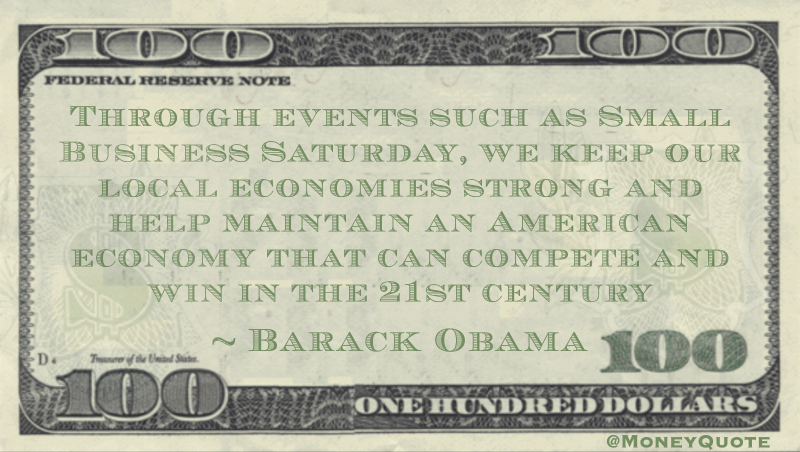 “Through events such as Small Business Saturday, we keep our local economies strong and help maintain an American economy that can compete and win in the 21st century” — Barack Obama 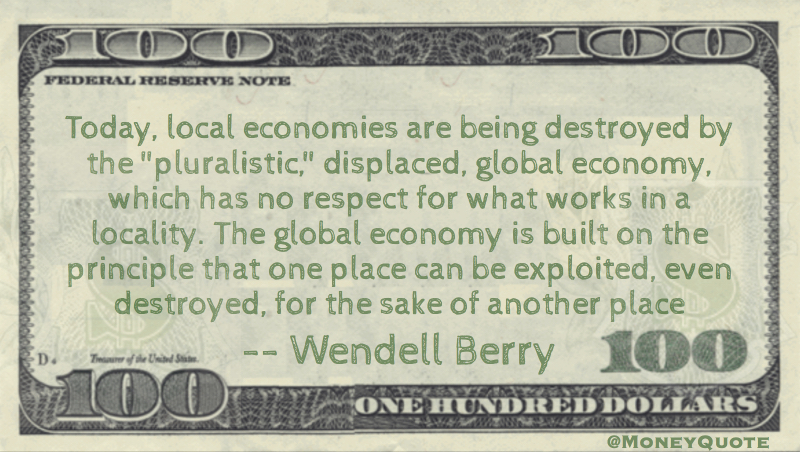 “Today, local economies are being destroyed by the “pluralistic,” displaced, global economy, which has no respect for what works in a locality. The global economy is built on the principle that one place can be exploited, even destroyed, for the sake of another place”– Wendell Berry

Share the Wendell Berry Money quote image above on your site: