Winnie Byanyima Money Quote saying an economic system that moves the bulk of the wealth to the top is not functioning properly and means trouble. Winnie Byanyima said: 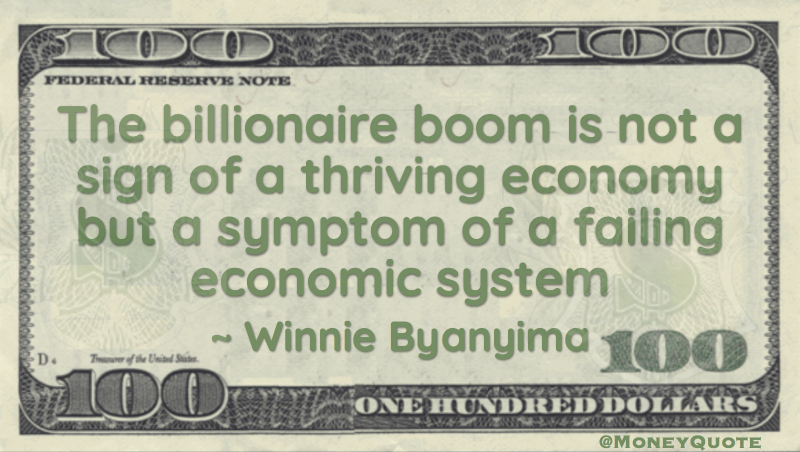 Share the Winnie Byanyima Money quote image above on your site:

This opinion, [trickle-down-theory] which has never been confirmed by the facts, expresses a crude and naïve trust in the goodness of those wielding economic power and in the sacralized workings of the prevailing economic system
— Pope Francis