David T. Bazelon Money Quote saying we somehow believe that money is a real, concrete, useful object in itself, when it is instead an abastraction that represents what it will buy. David T. Bazelon said:

Money: A dream, a piece of paper on which is imprinted in invisible ink the dream of all the things it will buy, all the trinkets and all the power over others

Money Quotation saying people think that if only they could be rich, that it would resolve every problem and remove all worries, but those who know warn us it’s not the solution. Jim Carrey said:

We love this as a method of inspiration – so we created an inspirational image to get you charged up a bit. Tell us in the comments what you would do – even in rich detail if you like. We may post it for our readers. 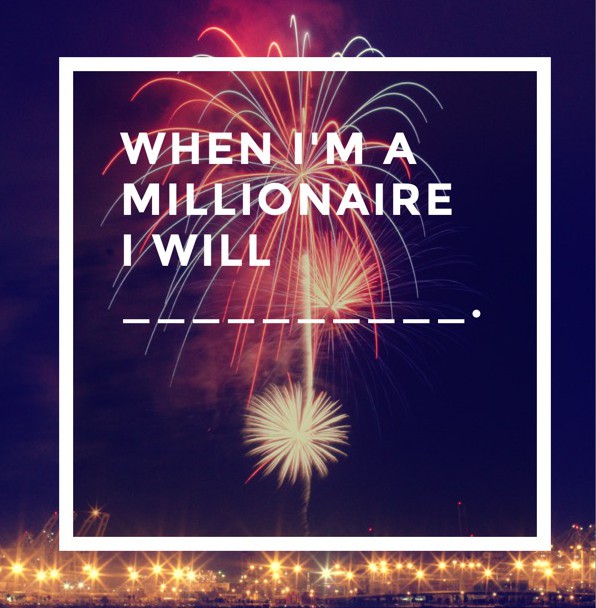 When I become a Millionaire, I will (Blank)

Harry Kemp Money Quotation saying the only people who are truly poor are those without hopes and dreams for the future. Harry Kemp said: