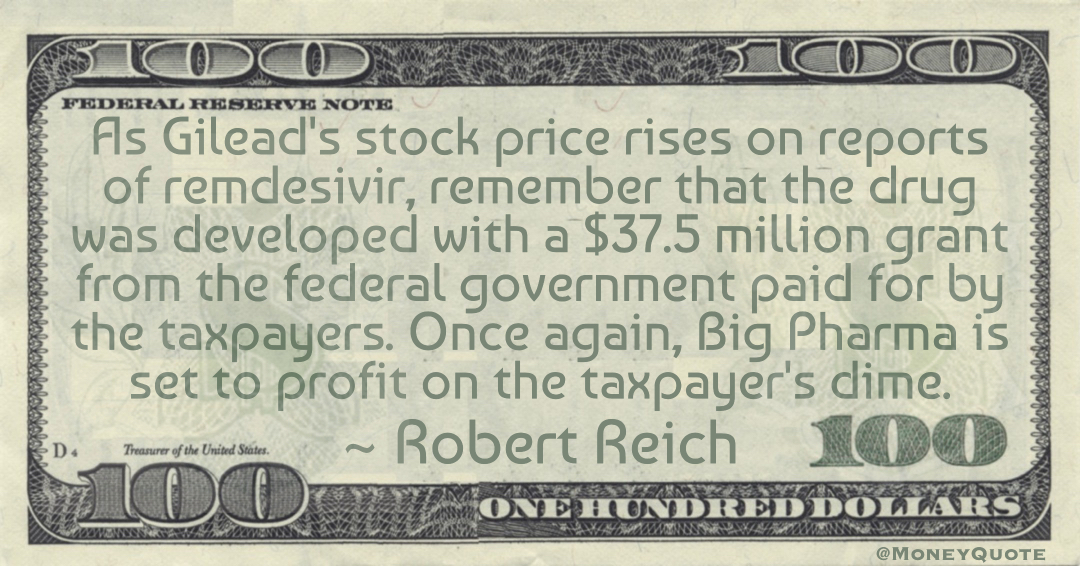 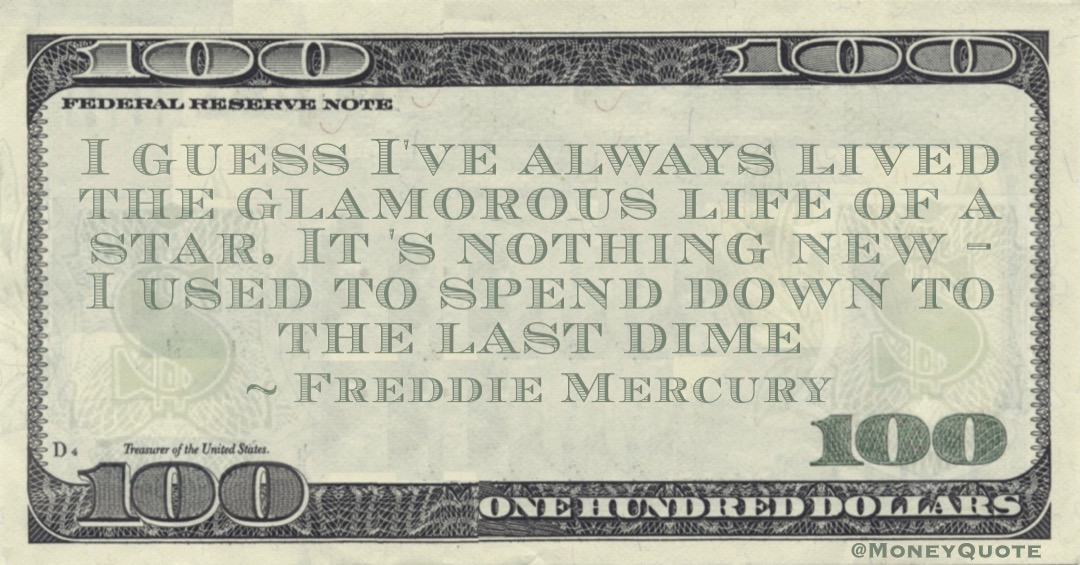 “I guess I’ve always lived the glamorous life of a star. It ‘s nothing new – I used to spend down to the last dime” — Freddie Mercury

Jim Cramer: No one made a dime panicking 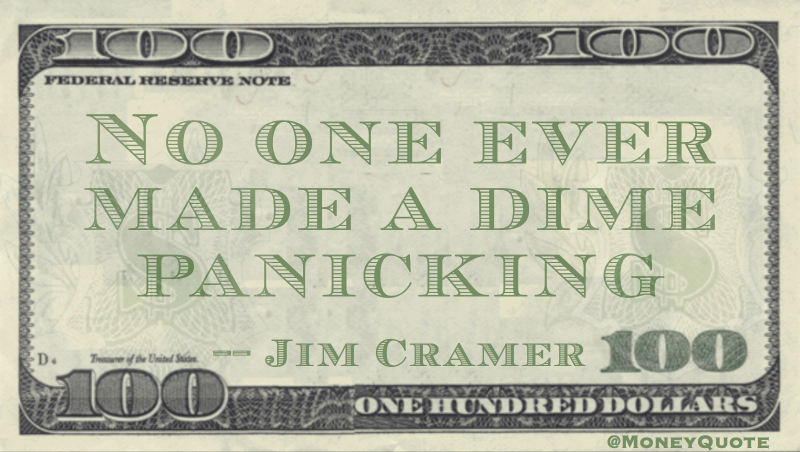 “No one ever made a dime panicking” — Jim Cramer

Share the Jim Cramer Money quote image above on your site: 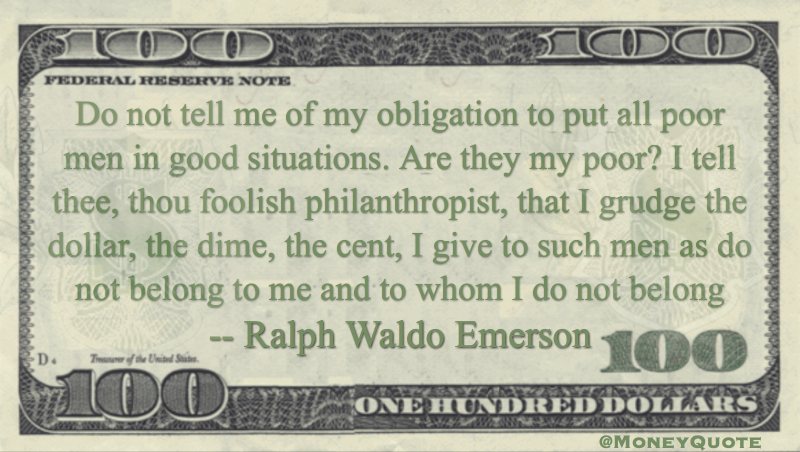 “Do not tell me of my obligation to put all poor men in good situations. Are they my poor? I tell thee, thou foolish philanthropist, that I grudge the dollar, the dime, the cent, I give to such men as do not belong to me and to whom I do not belong” — Ralph Waldo Emerson

Inflation hasn’t ruined everything. A dime can still be used as a screwdriver
— H Jackson Brown Jr.

Spencer Tracy Funny Money Quote saying explaining that he nearly wore through his pants early in his career, and how sensitive his posterior must have been to very small objects. Spencer Tracy said:

Funny Money Quote – Yogi Berra Money Quotation saying that money’s not what it used to be – but with an funny inflationary twist that makes less worth more or less? “A nickel ain’t worth a dime anymore” — Yogi Berra

Share the Yogi Berra Money quote image above on your site: