David McWilliams Money Quote saying Irish economist that the global pandemic is having new effects on the world economy which requires a new term he has coined – Pandession. David McWilliams said: 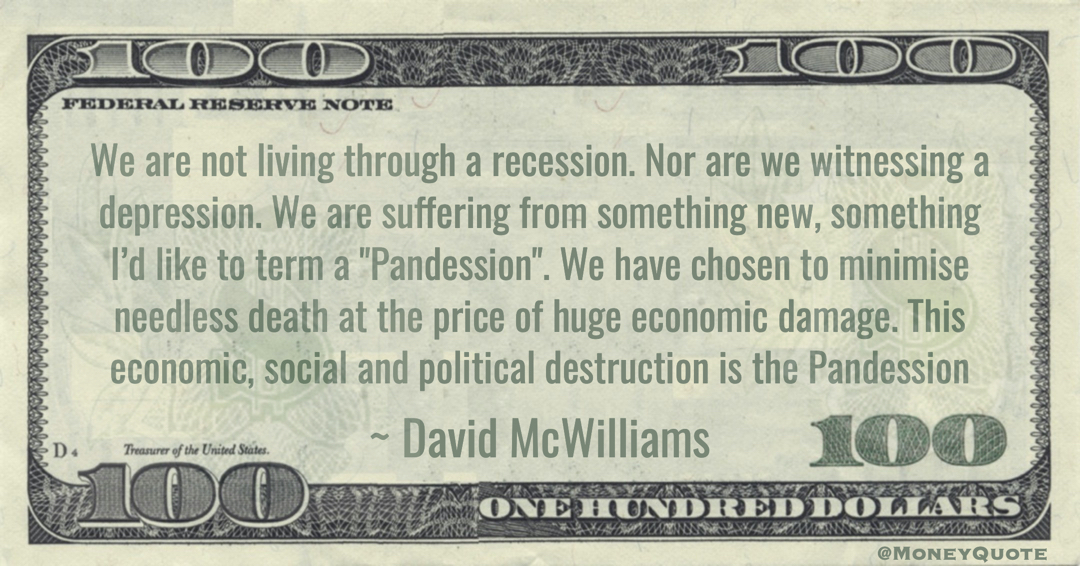 “We are not living through a recession. Nor are we witnessing a depression. We are suffering from something new, something I’d like to term a “Pandession”. We have chosen to minimise needless death at the price of huge economic damage. This economic, social and political destruction is the Pandession” — David McWilliams

Share the David McWilliams Money quote image above on your site:

Harry Truman: A Recession or Depression?

Harry Truman Money Quote saying it’s tough to tell when tough economic times turn to terrible depression – but one way to tell is if you are still employed. Harry Truman said: 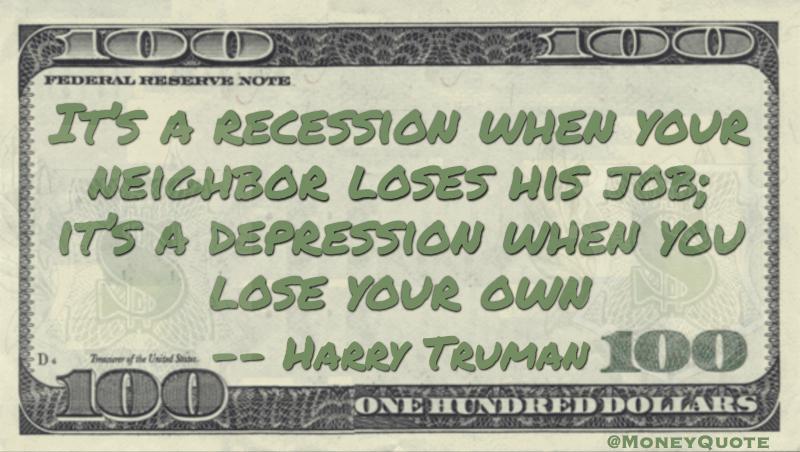 Share the Harry Truman Money quote image above on your site:

Walter Annenberg on Insulation of Money

I didn’t feel the Depression at all. I always had a pocketful of money