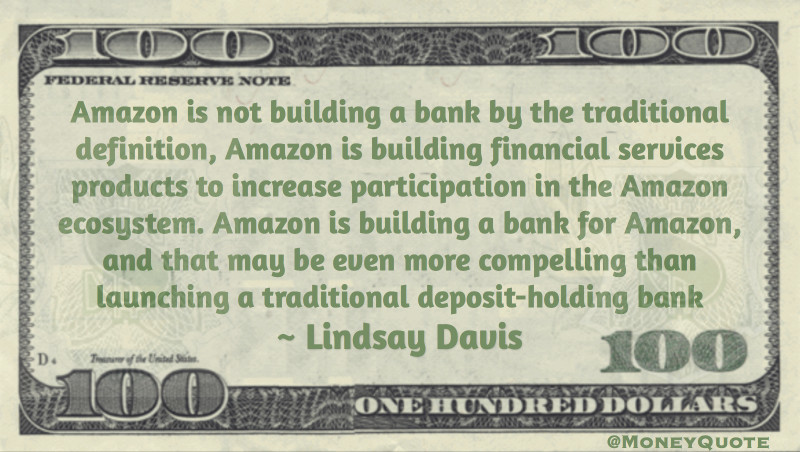 Share the Lindsay Davis Money quote image above on your site: 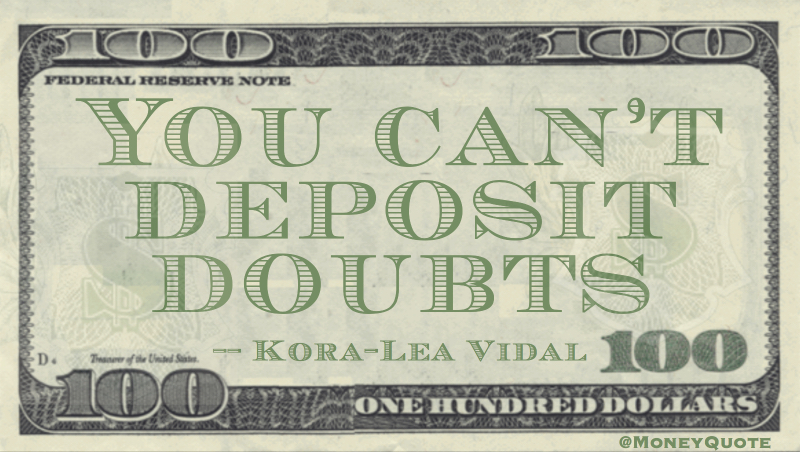 Matthew: Money on Deposit With Bankers

Matthew bible Money Quote saying in a parable on investment that the equivalent of burying money worse than safe investments – even with bankers at low interest. Matthew 25:26 said:

You wicked, lazy servant! So you knew that I harvest where I have not sown and gather where I have not scattered seed? Well then, you should have put my money on deposit with the bankers, so that when I returned I would have received it back with interest
— Matthew 25:26 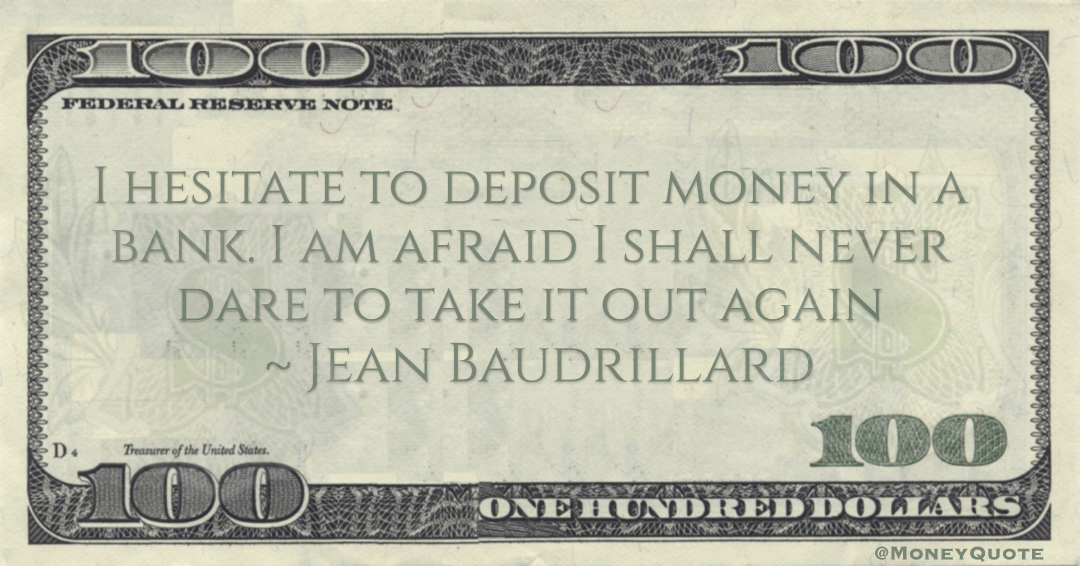 “I hesitate to deposit money in a bank. I am afraid I shall never dare to take it out again” — Jean Baudrillard

Share the Jean Baudrillard Money quote image above on your site: 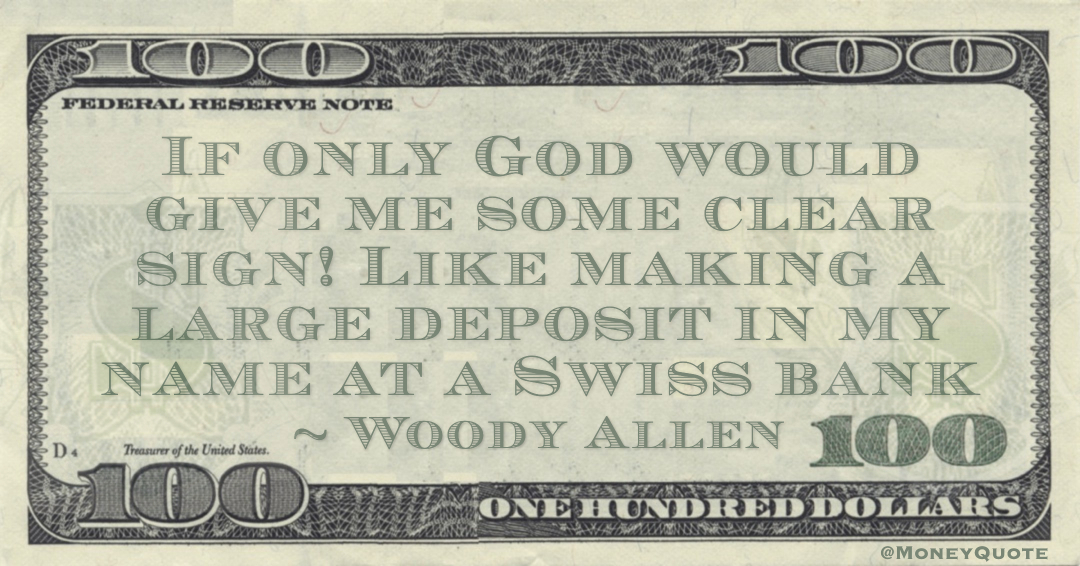 “If only God would give me some clear sign! Like making a large deposit in my name at a Swiss bank” — Woody Allen