This isn’t ‘Shark Tank’ This is your democracy. But as the bidding grows higher, your voice gets lower. You’re simply priced out of the marketplace of ideas. That is, unless you are one of the ultra wealthy
— Steve Israel

The unending chase for money I believe threatens to steal our democracy itself. They know it. They know we know it. And yet, nothing happens
— John Kerry

Jon Stewart Money Quotation saying it’s difficult to comprehend how Citizens United extends voter voices. #GetMoneyOut The quote is at around 2:13 in the video below (if you can bear the commercial pre-roll). Jon Stewart said:

In whose delusional mind is democracy made better by letting wealthier people control more of it?
— Jon Stewart 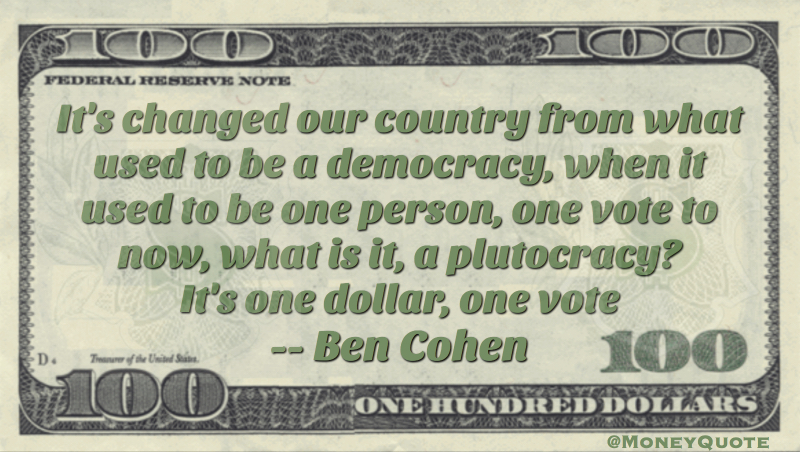 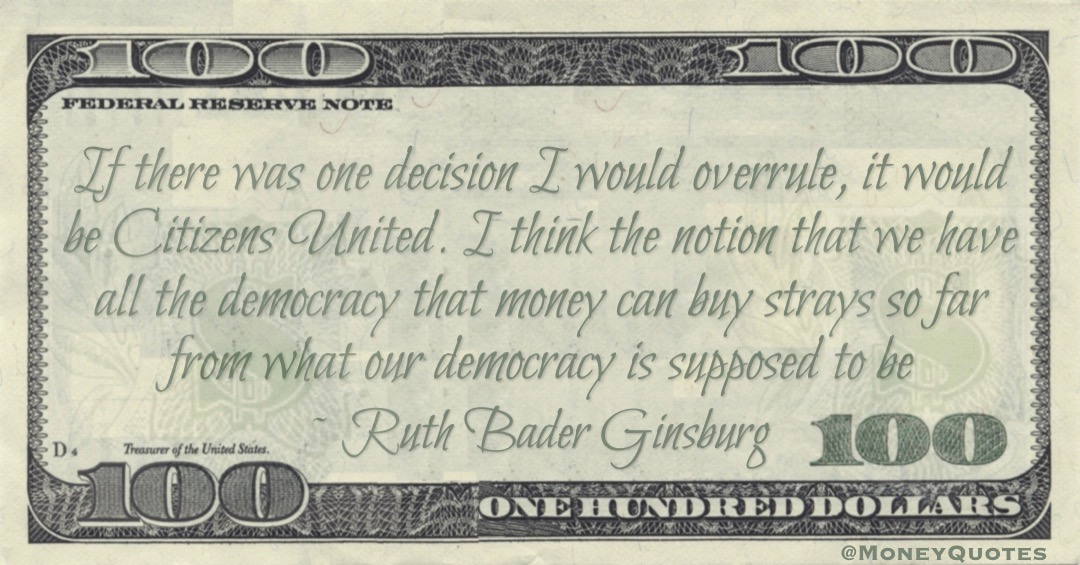 “If there was one decision I would overrule, it would be Citizens United. I think the notion that we have all the democracy that money can buy strays so far from what our democracy is supposed to be” — Ruth Bader Ginsburg

Share the Ruth Bader Ginsburg Money quote image above on your site:

Lawrence Lessig Money Quotation saying we’ve lost our republic because campaigns are given the most money by wealthy businesses & owners. Lawrence Lessig said: 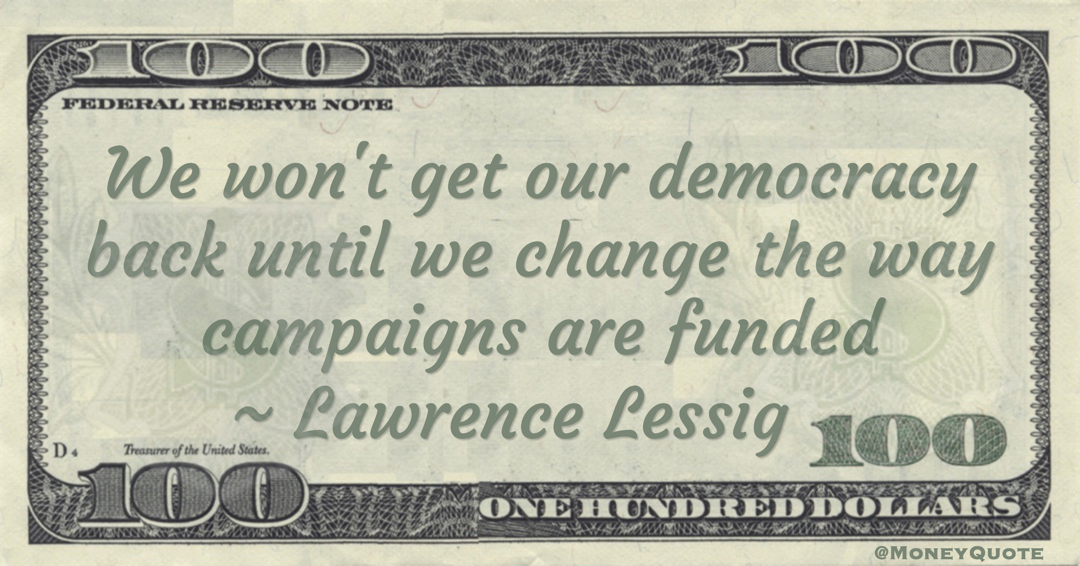 Short Link to this Quote:
Next Page »
Money Quotes Daily