Posted by admin on Wednesday, September 8, 2021 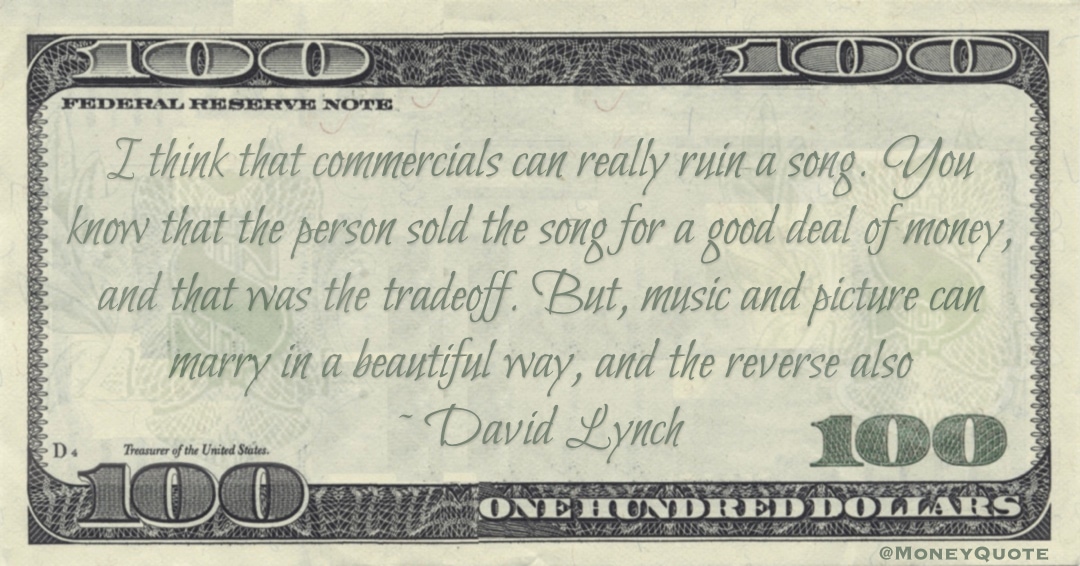 “I think that commercials can really ruin a song. You know that the person sold the song for a good deal of money, and that was the tradeoff. But, music and picture can marry in a beautiful way, and the reverse also” — David Lynch

Share the David Lynch Money quote image above on your site:

/p>
Short Link to this Quote:

David Lynch Money Quote saying the majority of the industry is about making money over making art but filmmakers can change focus. David Lynch said: 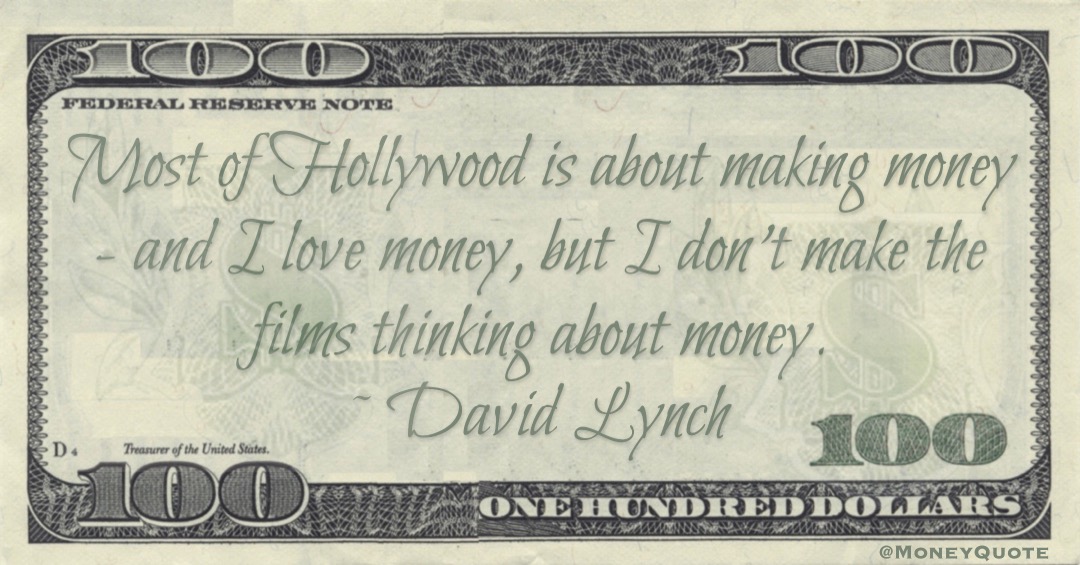 “Most of Hollywood is about making money – and I love money, but I don’t make the films thinking about money ” — David Lynch

Share the David Lynch Money quote image above on your site: