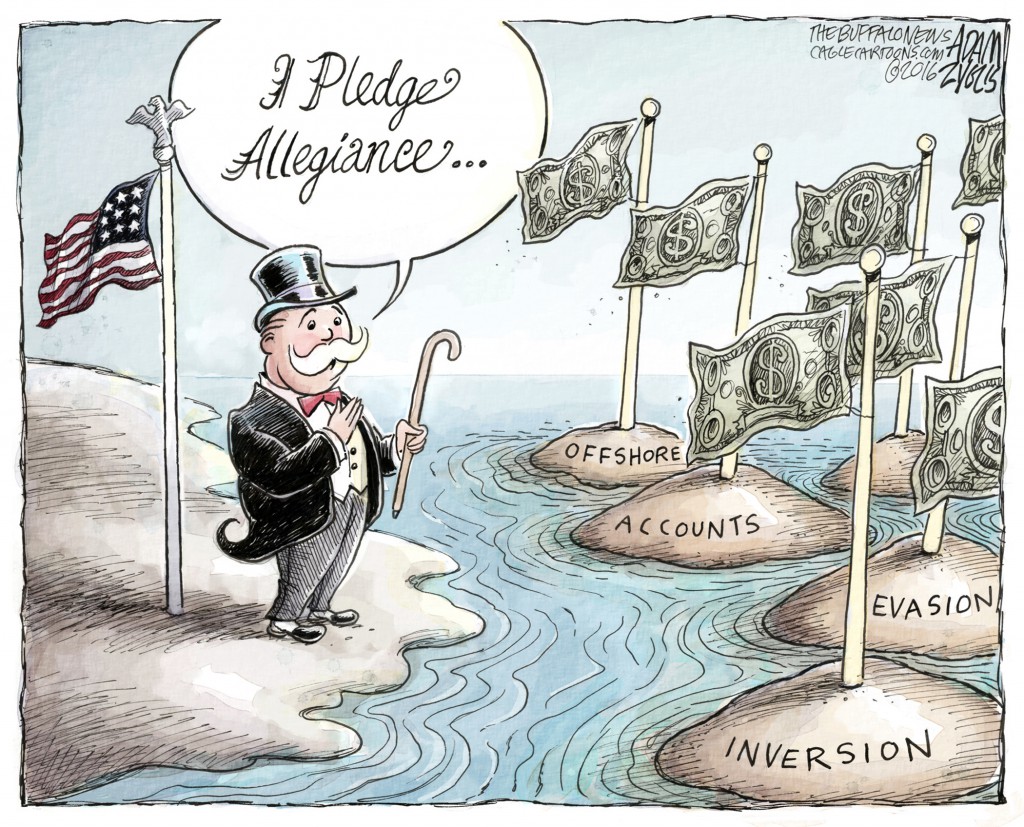 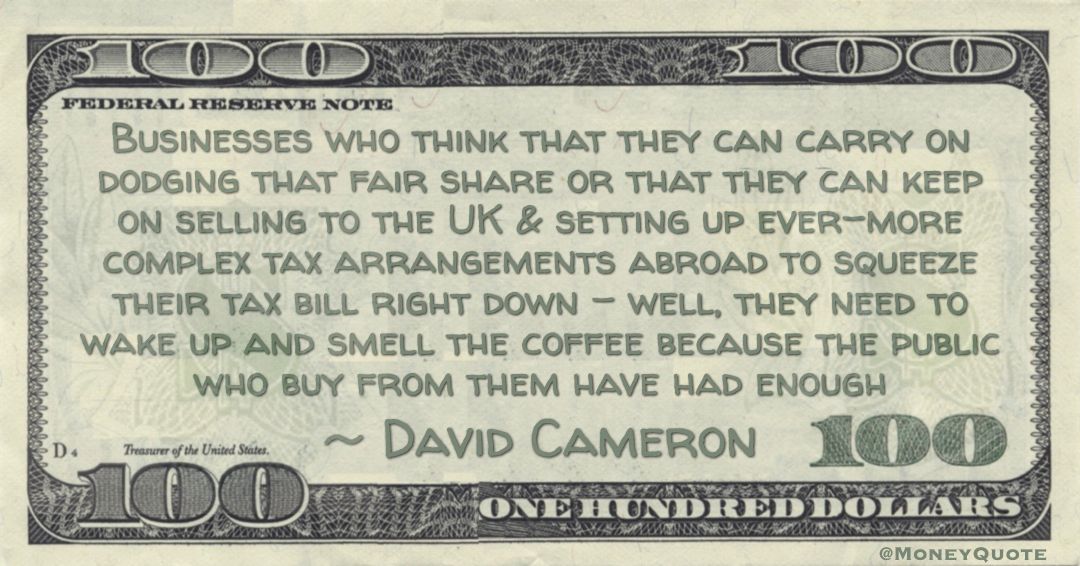 “Businesses who think that they can carry on dodging that fair share or that they can keep on selling to the UK & setting up ever-more complex tax arrangements abroad to squeeze their tax bill right down – well, they need to wake up and smell the coffee because the public who buy from them have had enough” — David Cameron

Share the David Cameron Money quote image above on your site: