Gary Vaynerchuk Money Quote saying in this commonly accepted adage, we agree that most buyers will only purchase if you agree and support them. Gary Vaynerchuk said:

Ray Kroc Money Quotation saying Those who put profit above value will go nowhere because money isn’t the point for the customer interested in the product or service you sell. Ray Kroc said:

If you work just for money, you’ll never make it, but if you love what you’re doing and you always put the customer first, success will be yours — Ray Kroc

Money defines relationships among people, not just between customer and merchant in the marketplace or employer and laborer in the workplace
— Jack Weatherford

Henry Ford Money Quotation saying buyers of goods are those who pay workers their wages, but employers handle the cash. Henry Ford said: 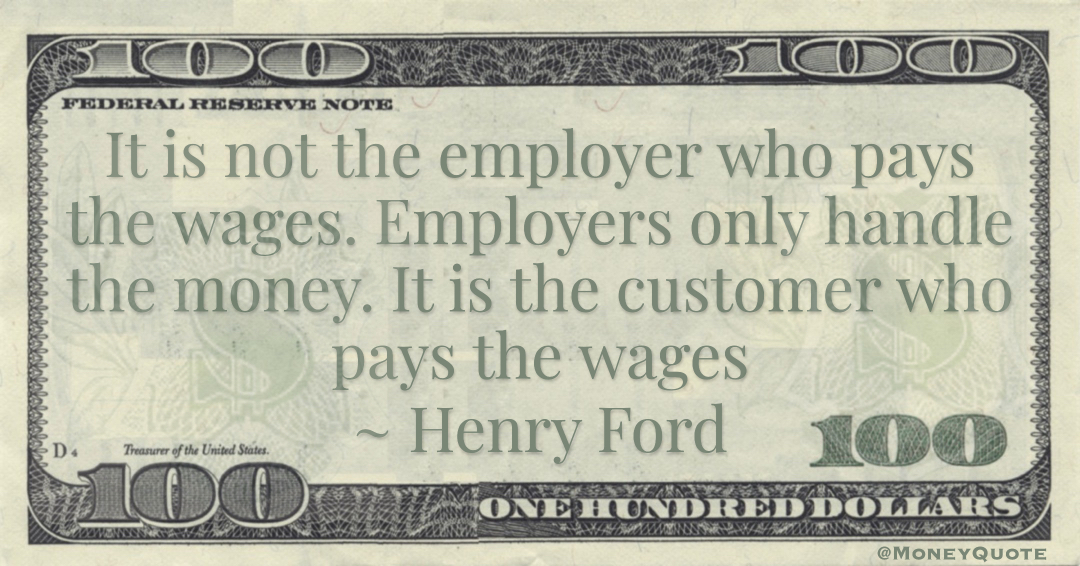