Mark Mobius Money Quote saying cryptocurrencies are dependent on faith and it could label believers as crazy – however the same belief is required of fiat currency. Mark Mobius said: 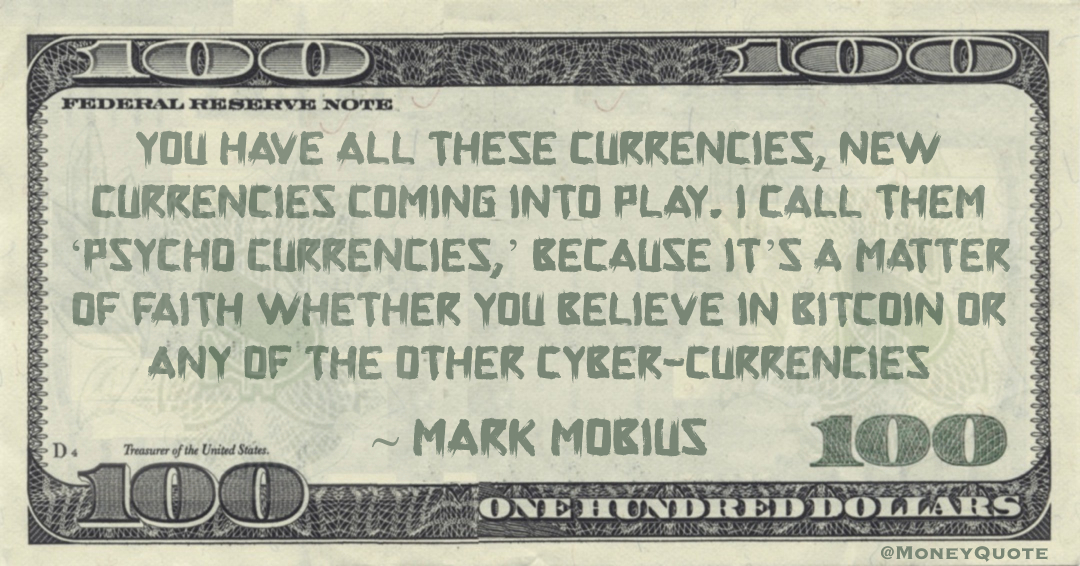 “You have all these currencies, new currencies coming into play. I call them ‘psycho currencies,’ because it’s a matter of faith whether you believe in Bitcoin or any of the other cyber-currencies” — Mark Mobius

Share the Mark Mobius Money quote image above on your site: 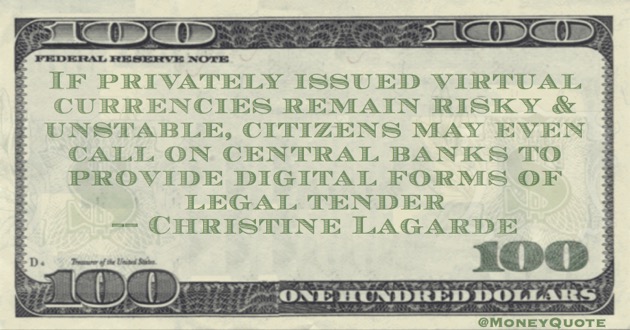 Share the Christine Lagarde Money quote image above on your site:
Short Link to this Quote:

Christine Lagarde Money Quote saying as director of the International Monetary Fund (IMF) that people may want the option to use cryptocurrency because it is similar to cash. Christine Lagarde said: 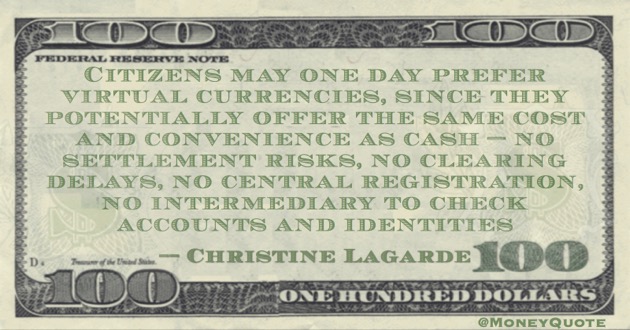 “Citizens may one day prefer virtual currencies, since they potentially offer the same cost and convenience as cash—no settlement risks, no clearing delays, no central registration, no intermediary to check accounts and identities” — Christine Lagarde 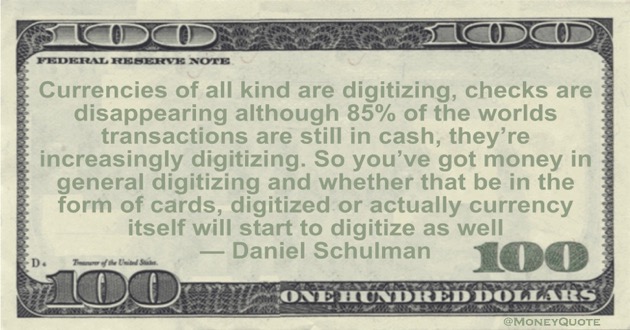 “Currencies of all kind are digitizing, checks are disappearing although 85% of the worlds transactions are still in cash, they’re increasingly digitizing. So you’ve got money in general digitizing and whether that be in the form of cards, digitized or actually currency itself will start to digitize as well” — Dan Schulman

Evgeny Kaspersky Money Quotation saying regulation of cryptocurrency will not happen until it affects government control of revenue, then it will become illegal. Evgeny Kaspersky said:

I am more than sure that different countries will take turns to prohibit the use of cryptocurrency because they can’t control it. As long as they do not interfere, authorities won’t pay attention. Once [cryptocurrencies] begin to displace the national currencies – they will be immediately banned
— Evgeny Kaspersky