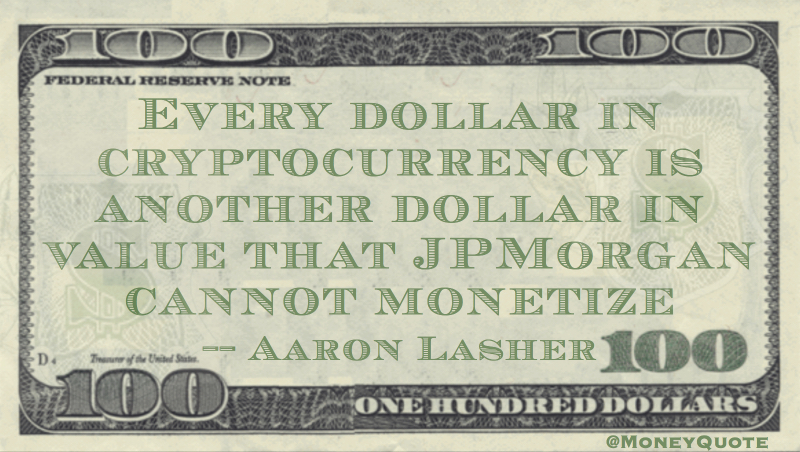 Share the Aaron Lasher Money quote image above on your site:

Evgeny Kaspersky Money Quotation saying regulation of cryptocurrency will not happen until it affects government control of revenue, then it will become illegal. Evgeny Kaspersky said:

I am more than sure that different countries will take turns to prohibit the use of cryptocurrency because they can’t control it. As long as they do not interfere, authorities won’t pay attention. Once [cryptocurrencies] begin to displace the national currencies – they will be immediately banned
— Evgeny Kaspersky