Orson Welles Money Quote saying crooks aren’t very smart, unless they do well for themselves, then they are called successful. Orson Welles said: 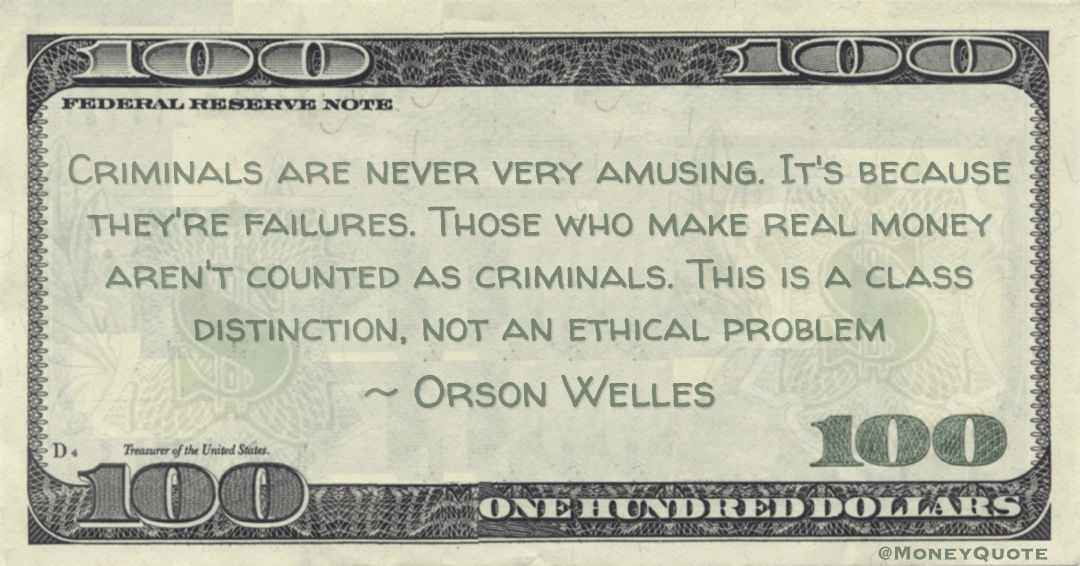 “Criminals are never very amusing. It’s because they’re failures. Those who make real money aren’t counted as criminals. This is a class distinction, not an ethical problem” — Orson Welles

Share the Orson Welles Money quote image above on your site: 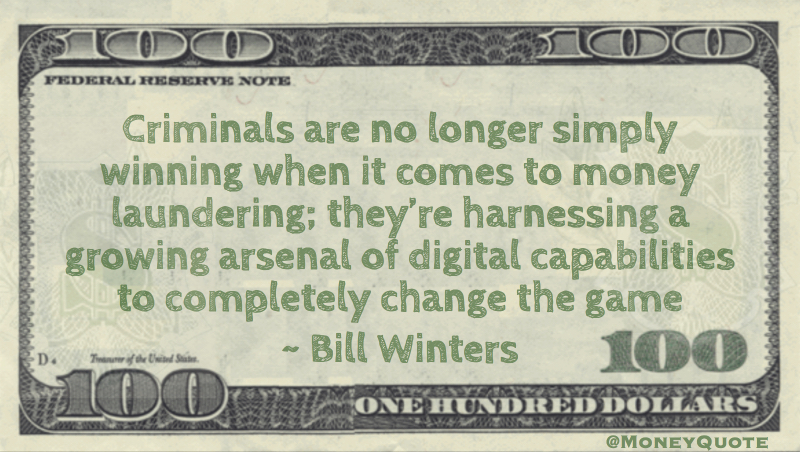 “Criminals are no longer simply winning when it comes to money laundering; they’re harnessing a growing arsenal of digital capabilities to completely change the game.” — Bill Winters

Share the Bill Winters Money quote image above on your site:

Tom Armstrong Money Quote saying that the profile of Santa looks a little suspicious when viewed through the lens of law enforcement of criminals. Tom Armstrong said: 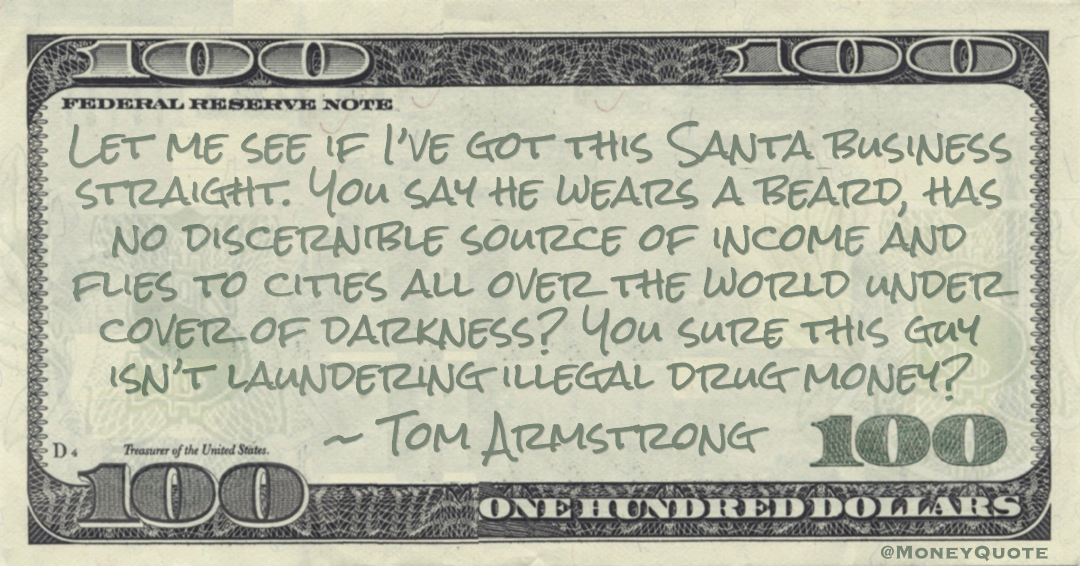 “Let me see if I’ve got this Santa business straight. You say he wears a beard, has no discernible source of income and flies to cities all over the world under cover of darkness? You sure this guy isn’t laundering illegal drug money?” — Tom Armstrong

Share the Tom Armstrong Money quote image above on your site: