Mark Twain Money Quote saying only the poverty of the very poor or wealth of very rich are enticed to money crime by either need and desperation or greed of the already wealthy. Mark Twain said: 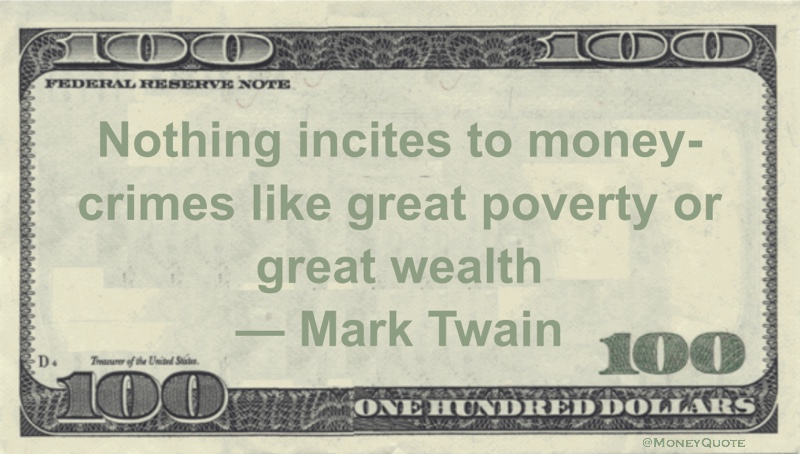 Share the Mark Twain Money quote image above on your site: 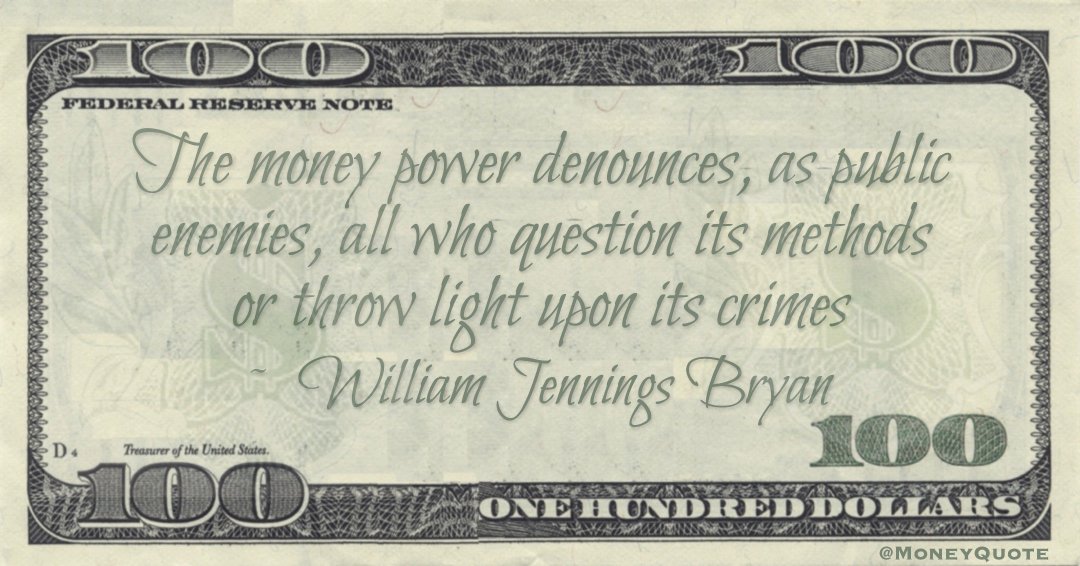 “The money power denounces, as public enemies, all who question its methods or throw light upon its crimes” — William Jennings Bryan

Share the William Jennings Bryan Money quote image above on your site: