Craig Holman Money Quote saying nobody knows where the $107 Million raised for Trump’s political Inauguration went and there are no regulations around how money is raised or spent on inaugural events. Craig Holman said: 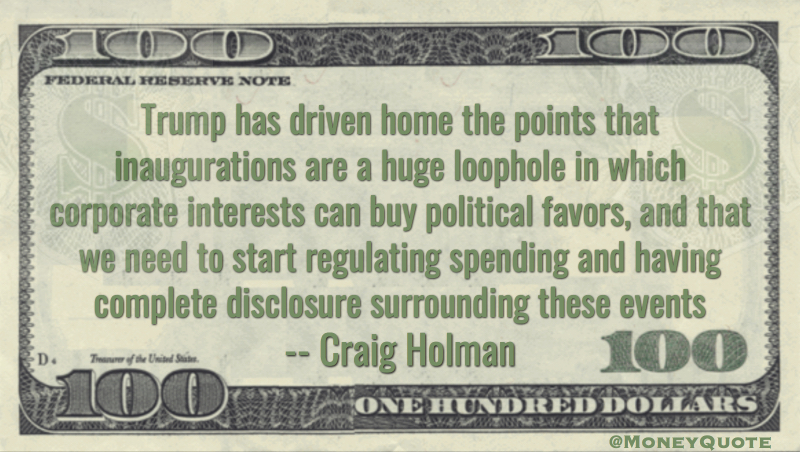 “Trump has driven home the points that inaugurations are a huge loophole in which corporate interests can buy political favors, and that we need to start regulating spending and having complete disclosure surrounding these events” — Craig Holman 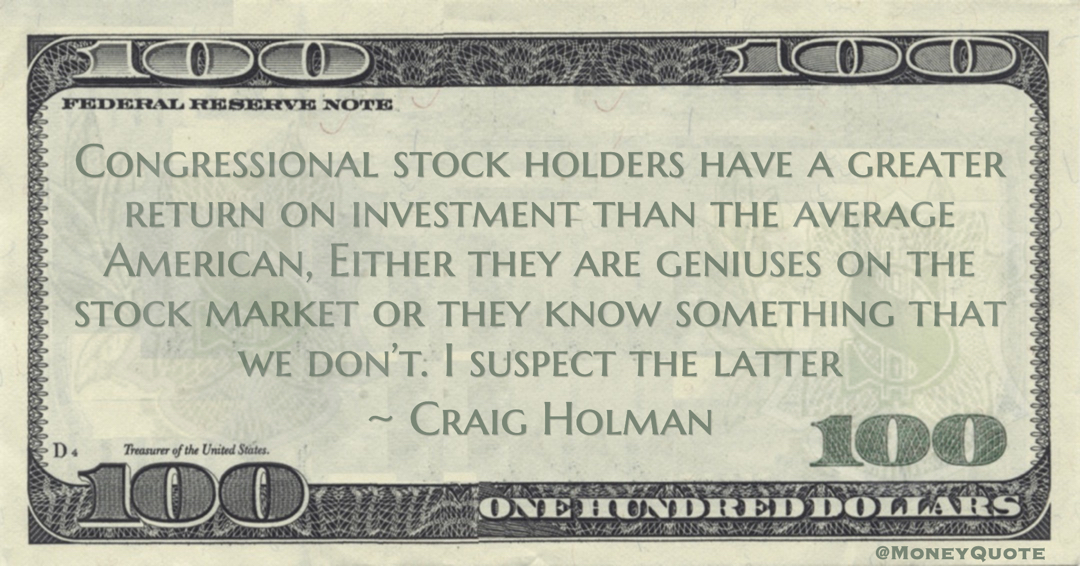 “Congressional stock holders have a greater return on investment than the average American, Either they are geniuses on the stock market or they know something that we don’t. I suspect the latter” — Craig Holman