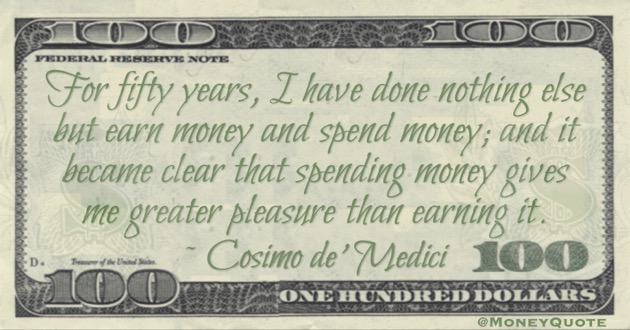 “For fifty years, I have done nothing else but earn money and spend money; and it became clear that spending money gives me greater pleasure than earning it” — Cosimo de’ Medici

Share the Cosimo de’ Medici Money quote image above on your site: