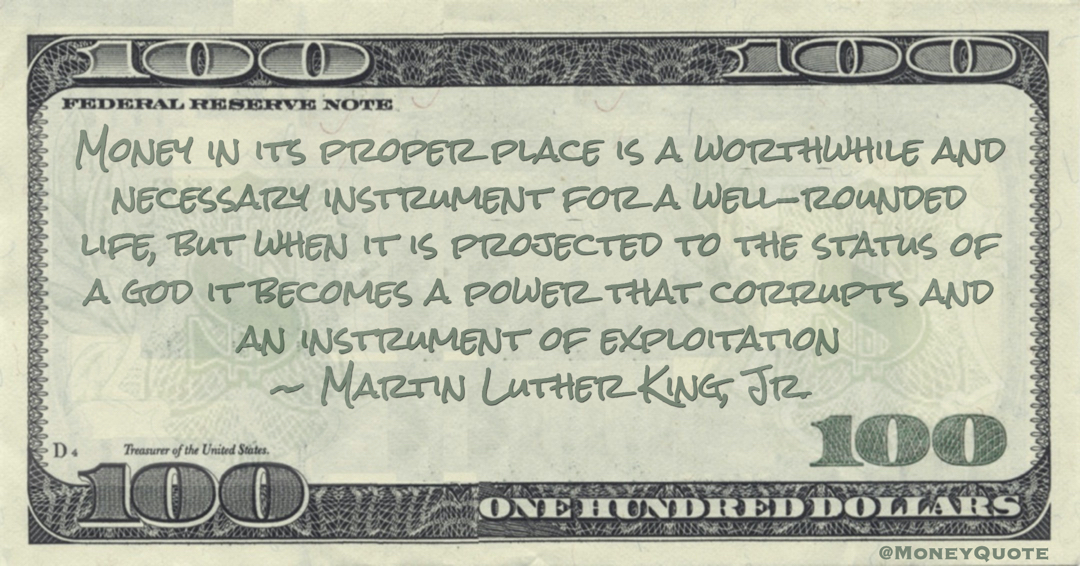 “Money in its proper place is a worthwhile and necessary instrument for a well-rounded life, but when it is projected to the status of a god it becomes a power that corrupts and an instrument of exploitation” — Martin Luther King, Jr.

Share the Martin Luther King, Jr Money quote image above on your site:

John McCain Money Quote saying he knows that money corrupts politicians, but seems to bey one of only very few who wasn’t corrupted by the effects of money. John McCain said: 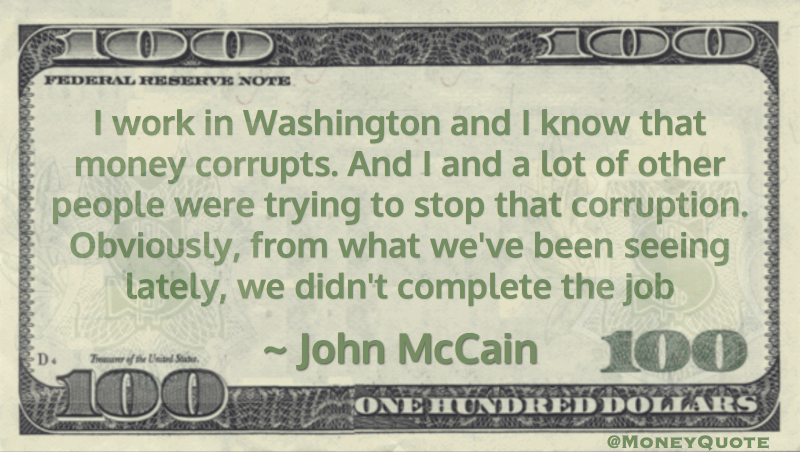 “I work in Washington and I know that money corrupts. And I and a lot of other people were trying to stop that corruption. Obviously, from what we’ve been seeing lately, we didn’t complete the job” — John McCain

Share the John McCain Money quote image above on your site: