Ronald Reagan Money Quote saying that rich Republicans are disrespected and Democrats are beloved and he doesn’t get it. Ronald Reagan said: 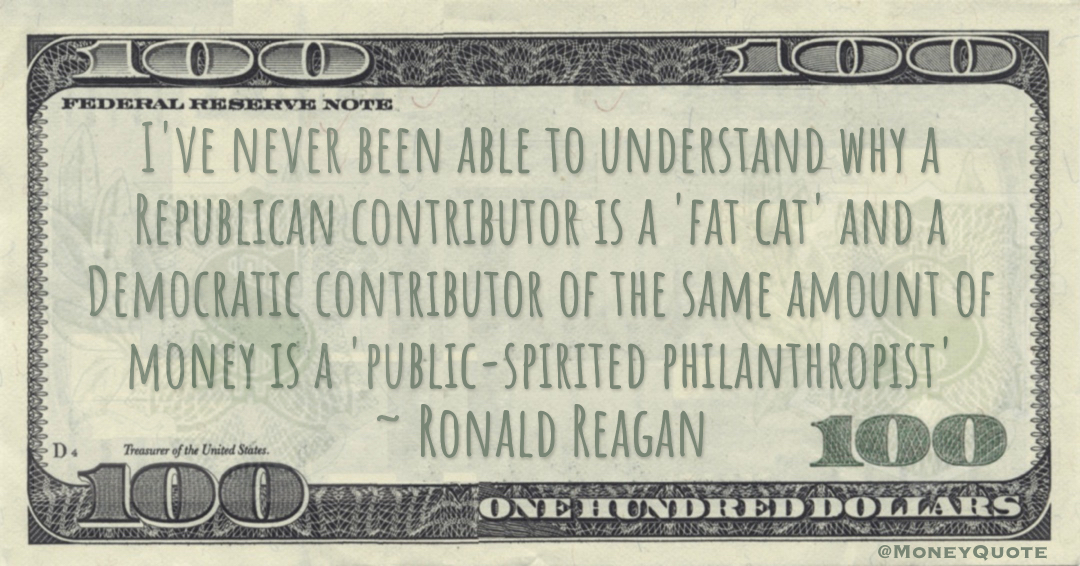 Share the Ronald Reagan Money quote image above on your site: 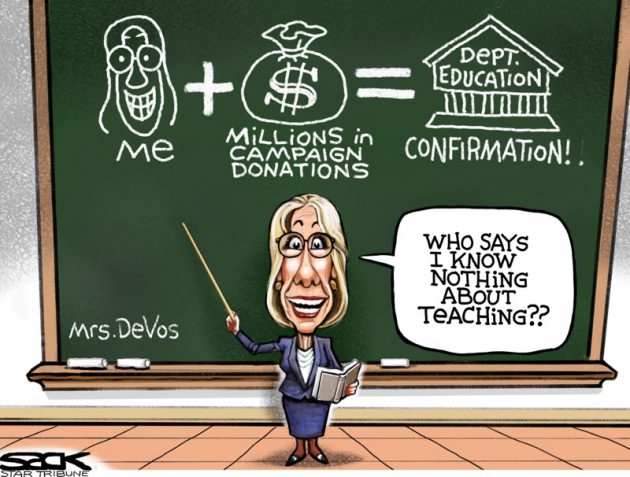 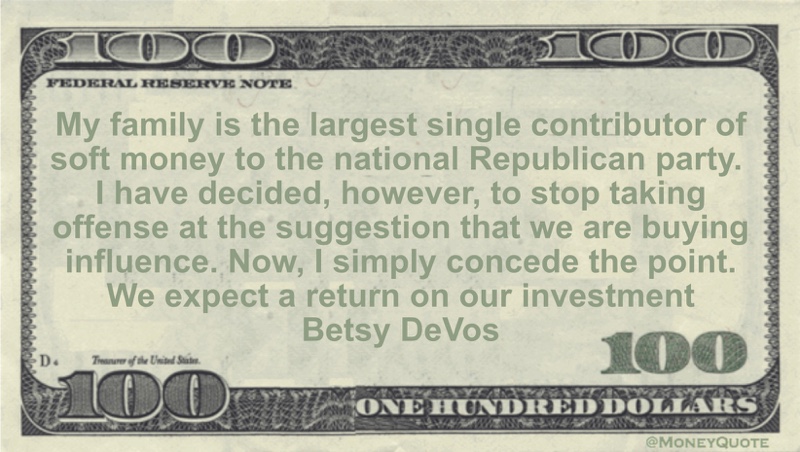 “My family is the largest single contributor of soft money to the national Republican party. I have decided, however, to stop taking offense at the suggestion that we are buying influence. Now, I simply concede the point. We expect a return on our investment” — Betsy DeVos

Share the Betsy DeVos Money quote image above on your site: