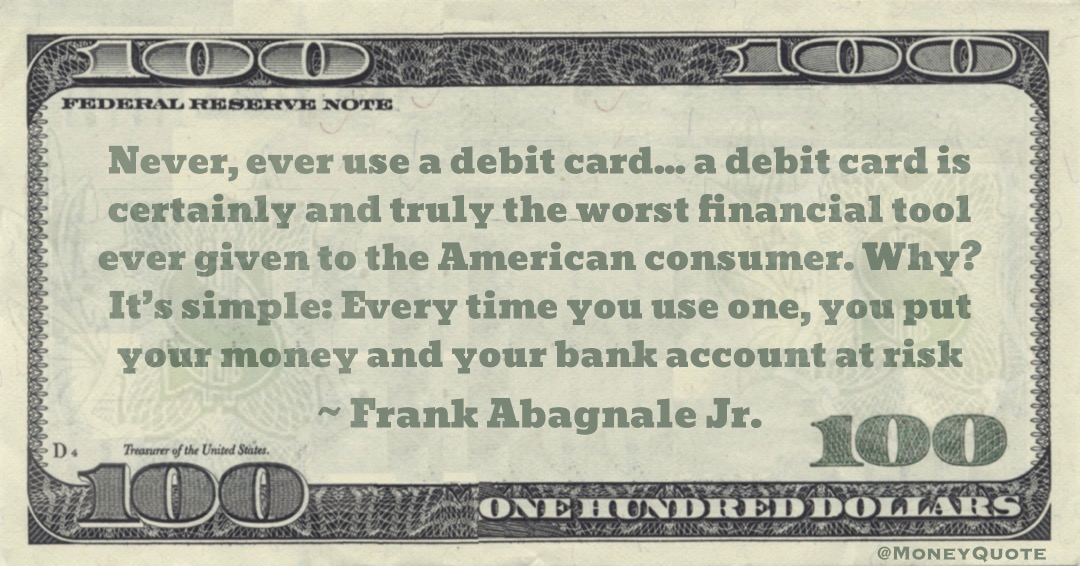 “Never, ever use a debit card….. a debit card is certainly and truly the worst financial tool ever given to the American consumer. Why? It’s simple: Every time you use one, you put your money and your bank account at risk” — Frank Abagnale Jr.

Share the Frank Abagnale Jr Money quote image above on your site:

Daryl Hannah Money Quote saying that how we spend our money determines which corporations continue to wield power in the marketplace. Daryl Hannah said: 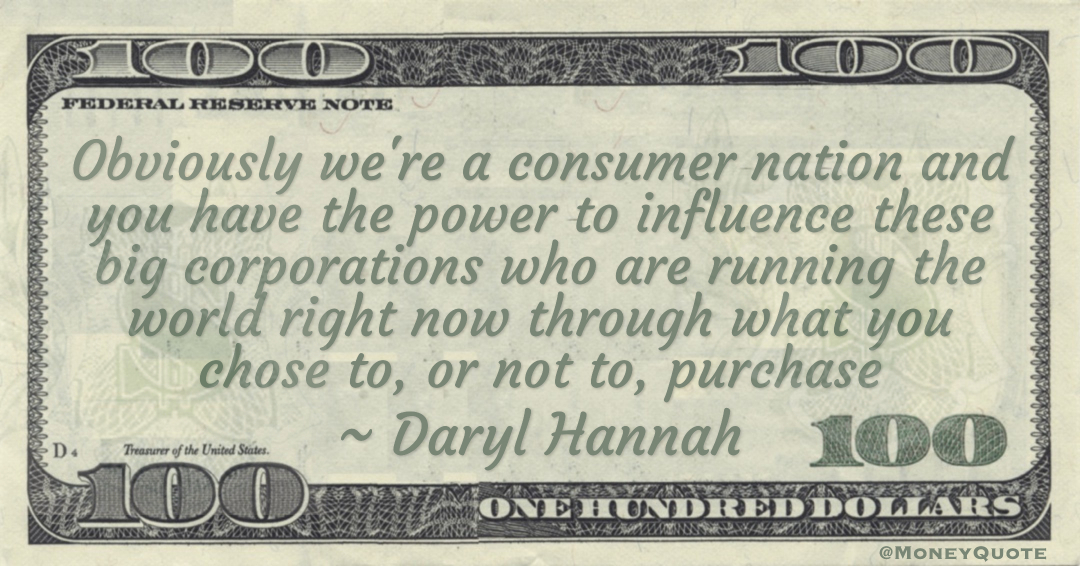 “Obviously we’re a consumer nation and you have the power to influence these big corporations who are running the world right now through what you chose to, or not to, purchase” — Daryl Hannah

Share the Daryl Hannah Money quote image above on your site: 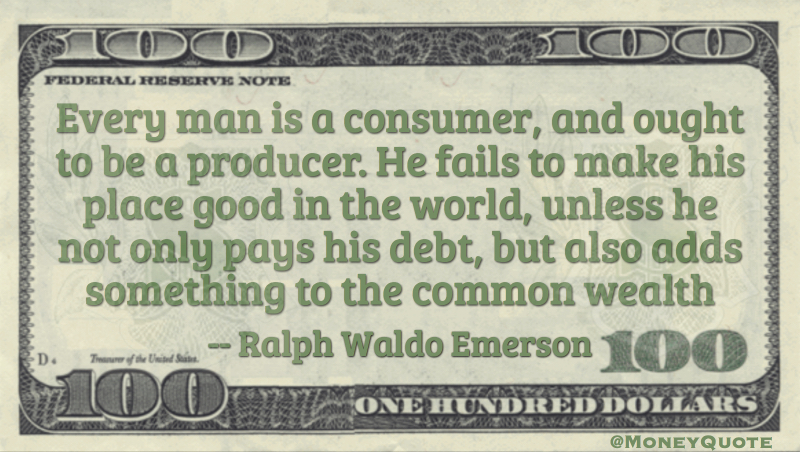 “Every man is a consumer, and ought to be a producer. He fails to make his place good in the world, unless he not only pays his debt, but also adds something to the common wealth” — Ralph Waldo Emerson

Bill Bonner Money Quote saying the world economic picture is driven by consumer spending is about excess and is driven by unneeded goods being purchased. 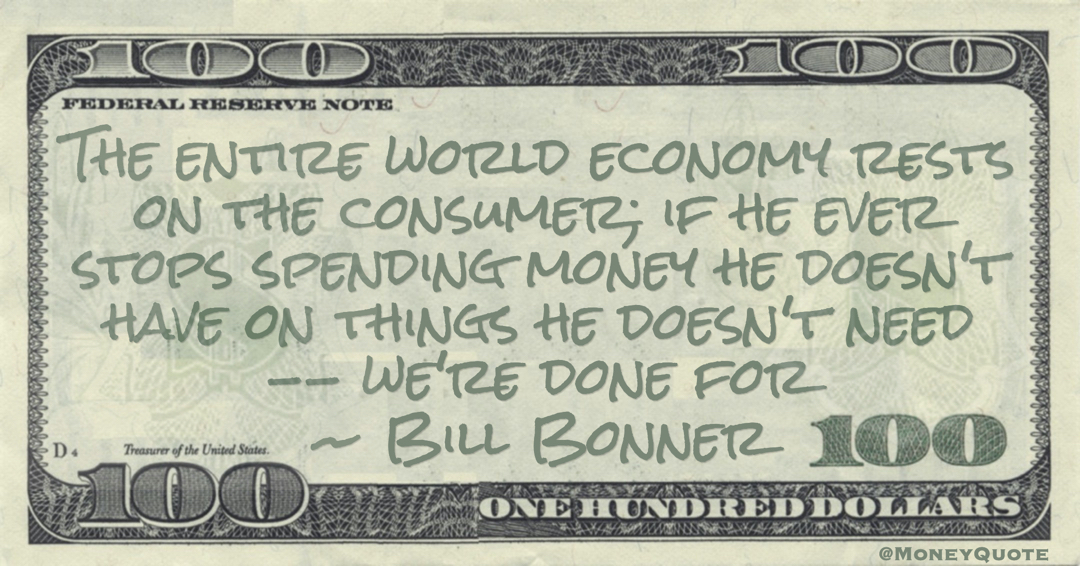 “The entire world economy rests on the consumer; if he ever stops spending money he doesn’t have on things he doesn’t need — we’re done for” — Bill Bonner

Share the Bill Bonner Money quote image above on your site: