Robert Walser Money Quote saying those with wealth seem to easily look away when the poor are in view and offer no help. Robert Walser said:

Napoleon Hill Money Quote saying a penny for your thoughts may be excessive if those thoughts offered are opinions, not facts. Napoleon Hill said:

Opinions are the cheapest commodities on earth
— Napoleon Hill

Funny Money Quotes truthfulness is rare and worth more than gold so it may be worth creating fools gold to distribute to the naive. James Cardinal Gibbons said: 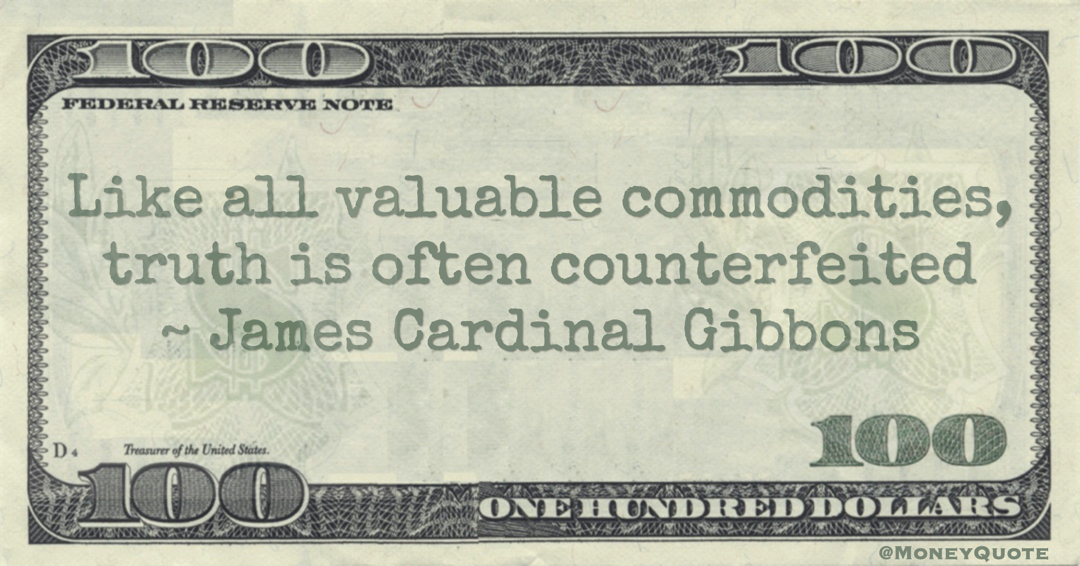 Share the James Cardinal Gibbons Money quote image above on your site: