Rachel Graham Money Quote saying it’s possible to get coronavirus from coins and bills and that money is filthy anyway. Rachel Graham said: 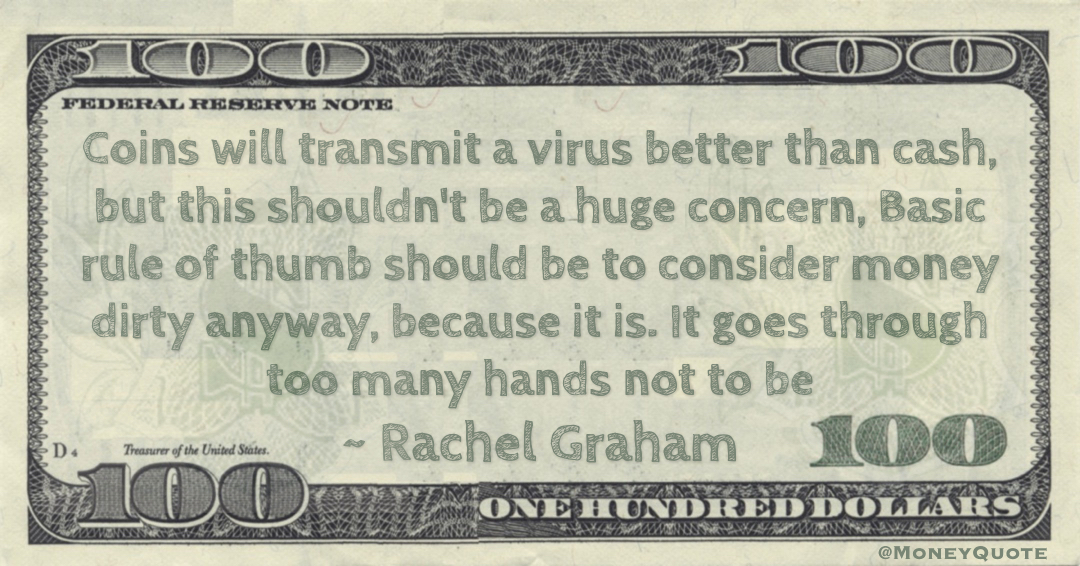 “Coins will transmit a virus better than cash, but this shouldn’t be a huge concern. Basic rule of thumb should be to consider money dirty anyway, because it is. It goes through too many hands not to be” — Rachel Graham

Share the Rachel Graham Money quote image above on your site: 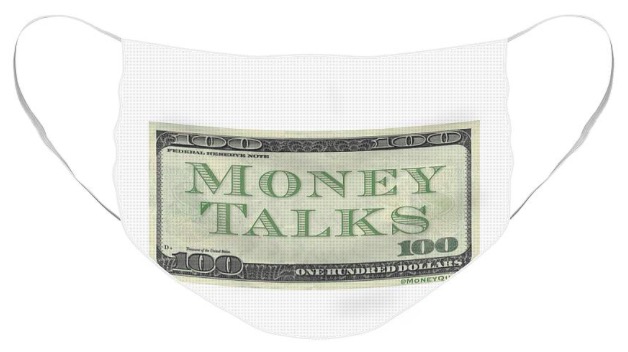 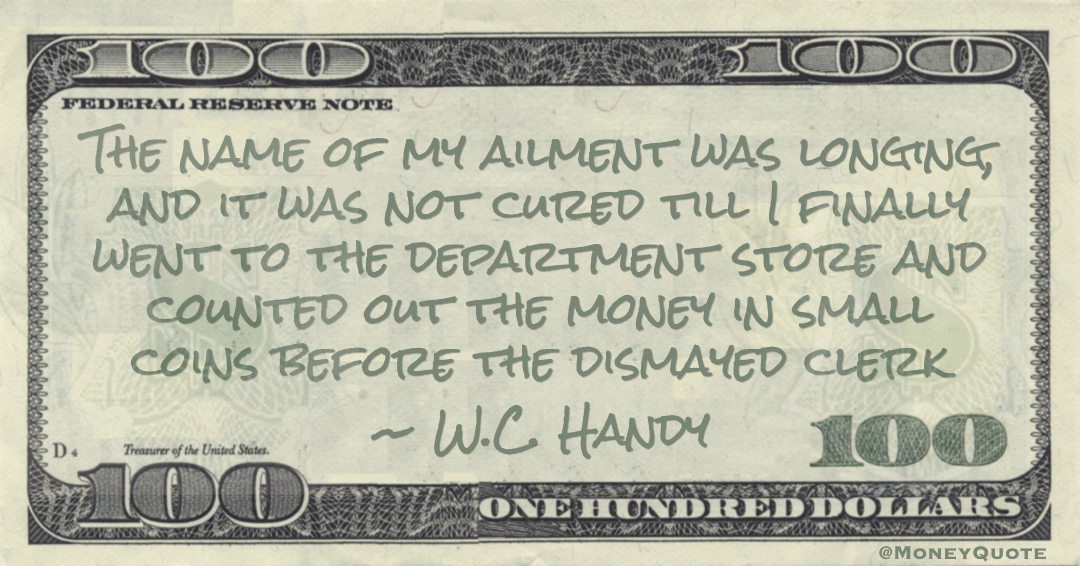 “The name of my ailment was longing, and it was not cured till I finally went to the department store and counted out the money in small coins before the dismayed clerk” — W.C. Handy

Share the W.C. Handy Money quote image above on your site:

Neil Gaiman Money Quote saying there are actually people who enjoy losing money on slot machines and get carried away by bells and flashing lights. Neil Gaiman said: 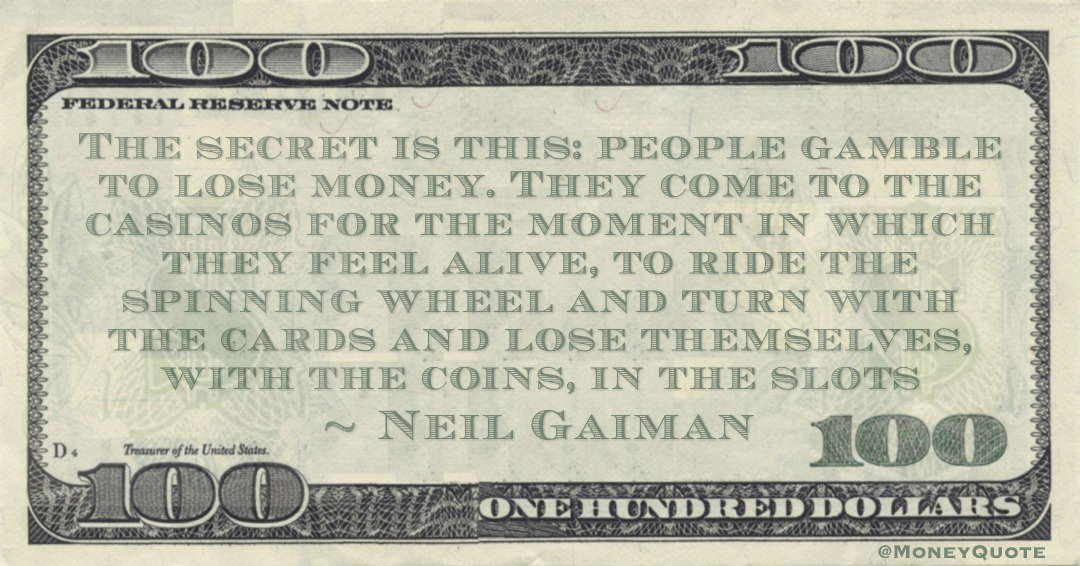 “The secret is this: people gamble to lose money. They come to the casinos for the moment in which they feel alive, to ride the spinning wheel and turn with the cards and lose themselves, with the coins, in the slots” — Neil Gaiman

Share the Neil Gaiman Money quote image above on your site:

Judas threw the money into the temple and left. Then he went away and hanged himself. The chief priests picked up the coins and said, “It is against the law to put this into the treasury, since it is blood money.” So they decided to use the money to buy the potter’s field as a burial place for foreigners. That is why it has been called the Field of Blood to this day
— Matthew 27:5-8

Harold Green Money Quotation saying payment of experience can be of far more value than money when a business depends on it. Harold Green said:

In the business world, everyone is paid in two coins: cash and experience. Take the experience first; the cash will come later
— Harold Green

The individual cannot bargain with the State. The State recognizes no coinage but power: and it issues the coins itself

Shakespeare Money Quotation saying Governments mint coins at will, while citizens would face steep penalties for that act. Shakespeare said:

No, they can’t accuse me of counterfeiting coins. I’m the king himself — Shakespeare in King Lear