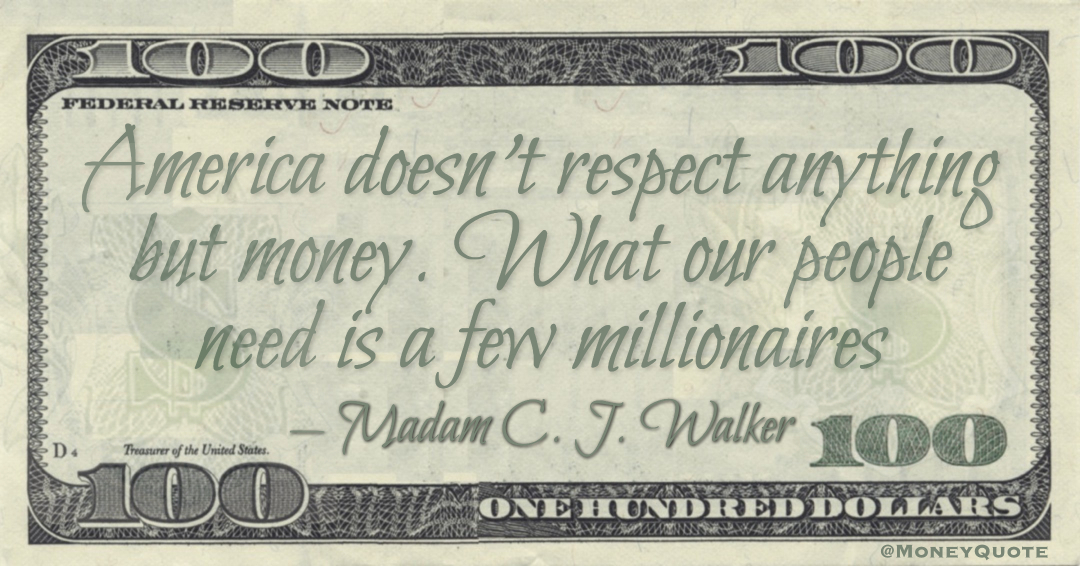 “America doesn’t respect anything but money. What our people need is a few millionaires” — Madam C. J. Walker

Share the Madam C. J. Walker Money quote image above on your site:

Entrepreneur 1867-1919
After suffering from a scalp ailment that resulted in her own hair loss, Madam C.J. Walker, born Sarah Breedlove, created specialized hair products for African American hair in 1905 and was one of the first American women to become a self-made millionaire.

“I want the great masses of my people to take a greater pride in their personal appearance and to give their hair proper attention.”