Cindy Sheehan Money Quote saying those who make money from war will look for the profitable option, not the choice that will make less profit. Cindy Sheehan said: 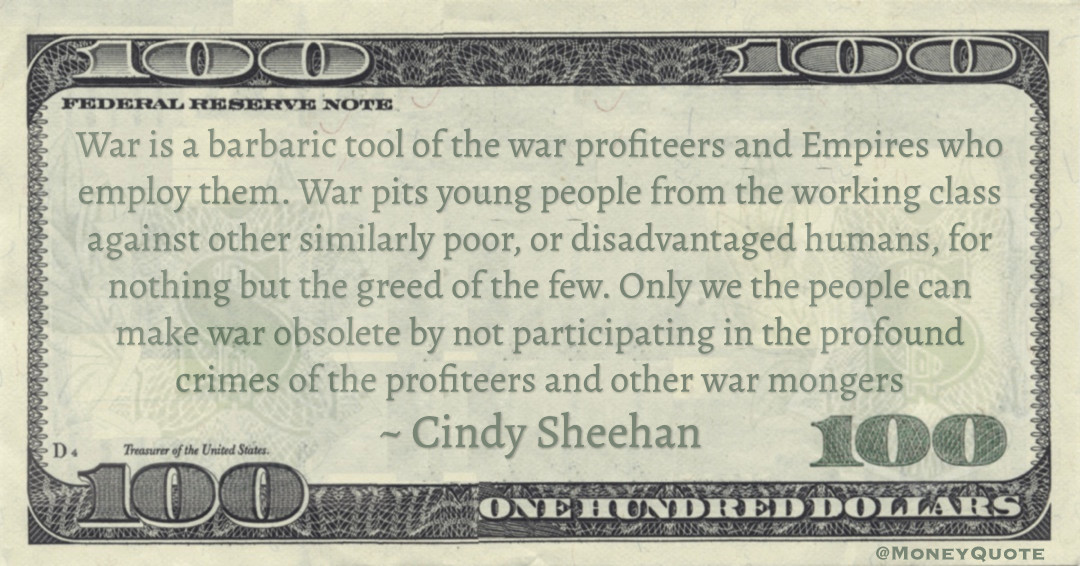