Cicero: Frugality – All Virtues in One

Cicero Money Quote saying that being frugal, by necessity incorporates all other admirable qualities. Cicero said: 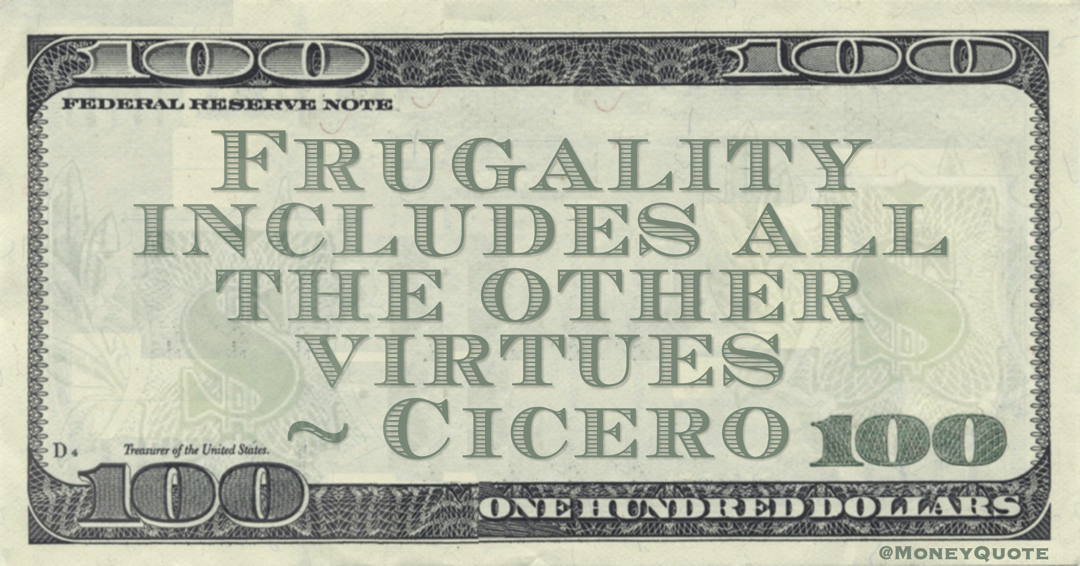 “Frugality includes all the other virtues” — Cicero

Cicero Money Quotation saying anyone who cannot be bought or convinced to sell out would be admired by everyone who may not be as wise. Cicero said:

That man is admired above all men, who is not influenced by money
— Cicero

Nothing so cements and holds together all the parts of a society as faith or credit, which can never be kept up unless men are under some force or necessity of honestly paying what they owe to one another
— Cicero 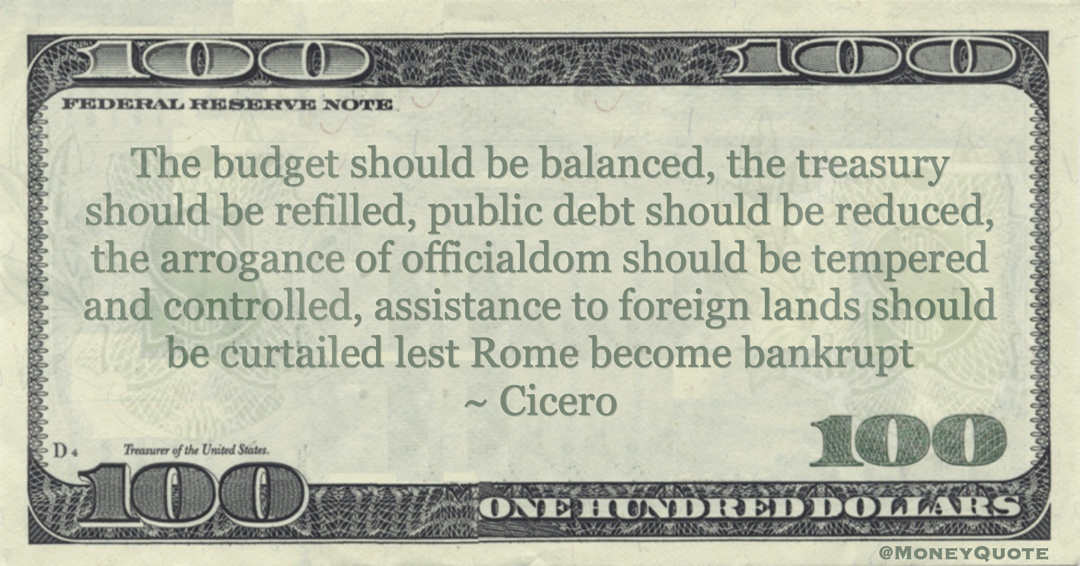 “The budget should be balanced, the treasury should be refilled, public debt should be reduced, the arrogance of officialdom should be tempered and controlled, assistance to foreign lands should be curtailed lest Rome become bankrupt” — Cicero

Cicero Money Quotation saying that the cost of battle between nations is beyond what anyone would spend if they incorporated the final expenses and every cost factored into battle plans. Cicero said: 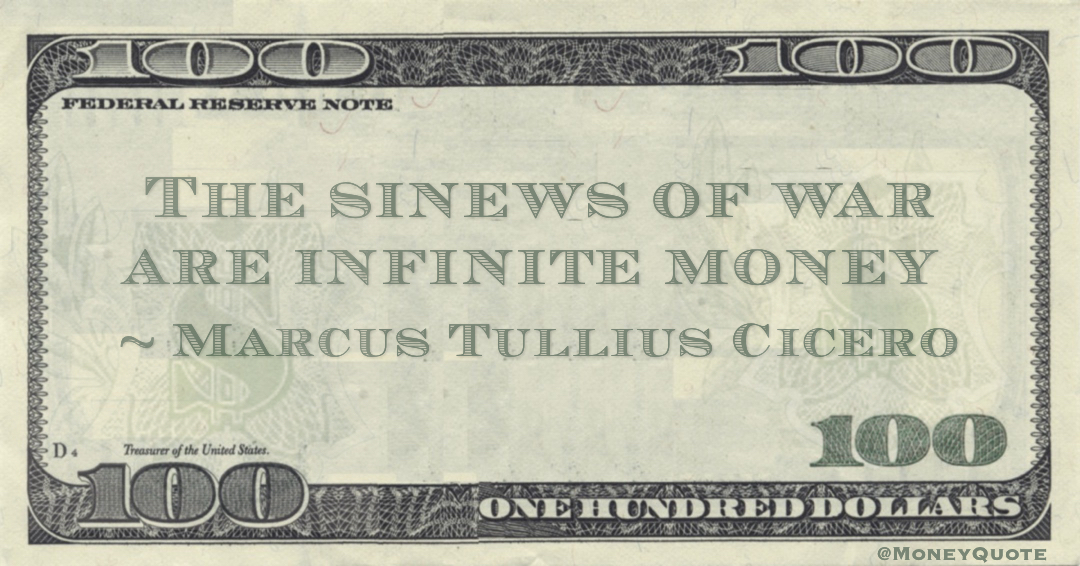 “The sinews of war are infinite money” — Marcus Tullius Cicero

Share the Marcus Tullius Cicero Money quote image above on your site: