Share the Svetlana Alexievich Money quote image above on your site: 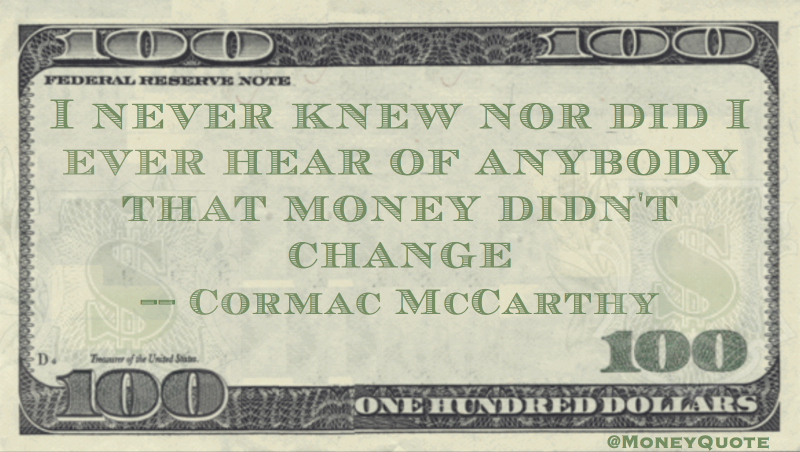 Share the Cormac McCarthy Money quote image above on your site: 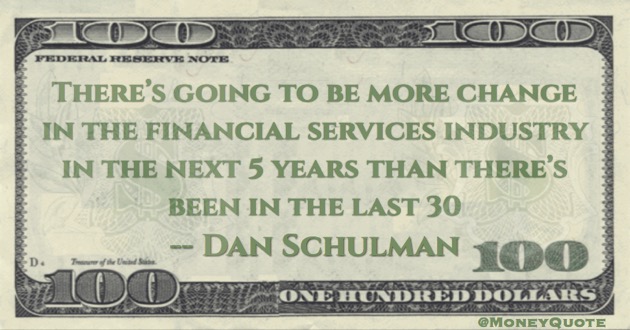 John Steinbeck Money Quotation saying having sufficient money will not remove sickness, but will vary how it manifests. John Steinbeck said:

Money does not change the sickness, only the symptoms

Will Smith on Amplification of Cash

Will Smith Money Quotation saying that cash tends to bring clarity and volume to things we already possess. Will Smith said: “Money and success don’t change people; they merely amplify what is already there” — Will Smith

Share the Will Smith Money quote image above on your site:

Funny Money Quotes: Offering a way of avoiding panhandlers by being funny instead of being generous and giving. Nick Arnette said:

When people ask me if I have any spare change, I tell them I have it at home in my spare wallet

Gertrude Stein Money Quote saying that there is constant change to where money sits and where it ends up at different times – money moves. Gertrude Stein said:

The money is always there, but the pockets change: it is not in the same pockets after a change; and that is all there is to say about money — Gertrude Stein