Dan Ariely Money Quote saying without coins and bills, we make no connection to the morals of spending and pay without doubt. Dan Ariely said:

Narendra Modi Money Quote saying as Prime Minister of India to young people that a digital economy is better and asking them to teach older family and friends about it. Narendra Modi said: 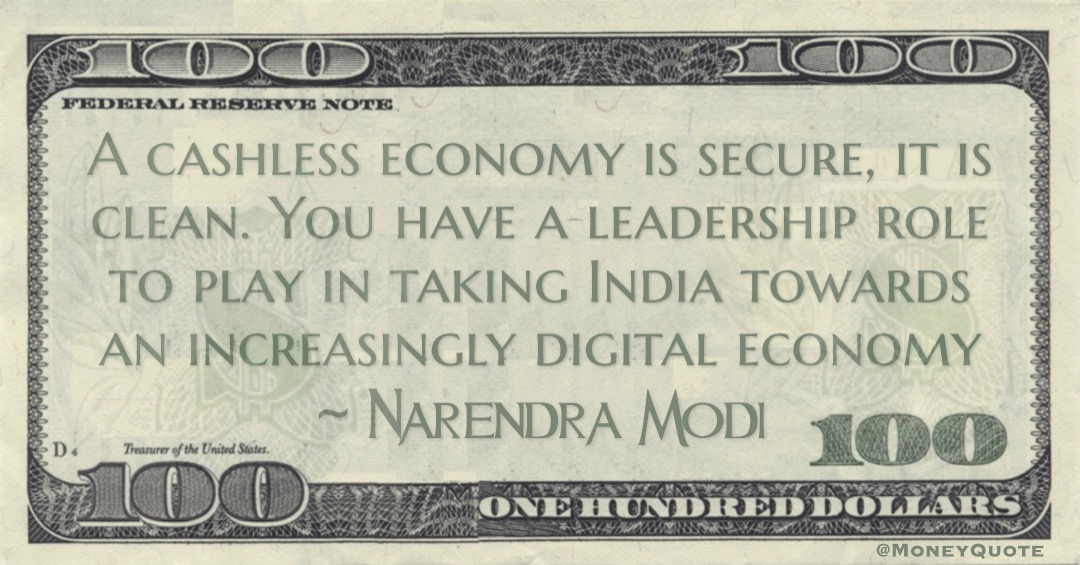 “A cashless economy is secure, it is clean. You have a leadership role to play in taking India towards an increasingly digital economy” — Narendra Modi

Share the Narendra Modi Money quote image above on your site: