.@SpeakerRyan & @SenateMajLdr are trying to use the budget to block disclosure of secret money in elections. #NoRiders #NoSecretMoney

Joe Biden: Show Me Your Budget

Helene Rey Money Quotation saying at Davos that we need to adjust our expectations and be creative with the refugee crisis. Helene Rey said: 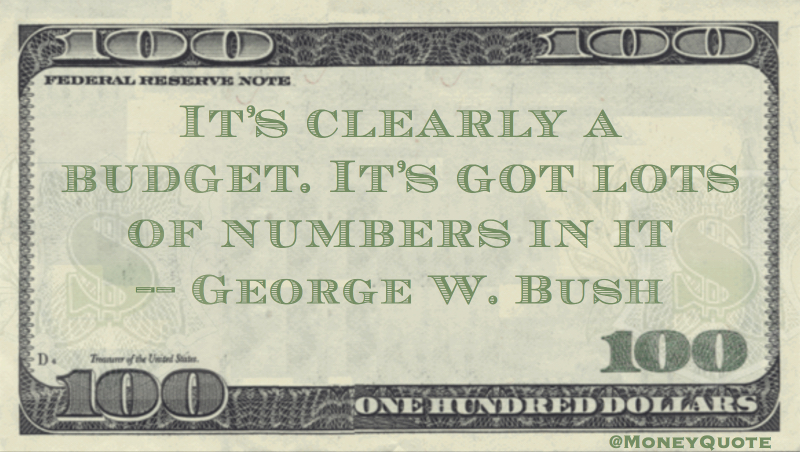 “It’s clearly a budget. It’s got lots of numbers in it” — George W. Bush