Ron Chernow Money Quote saying savings for the wealthy have become financialized by brokers who risk money, rather than save it. Ron Chernow said: 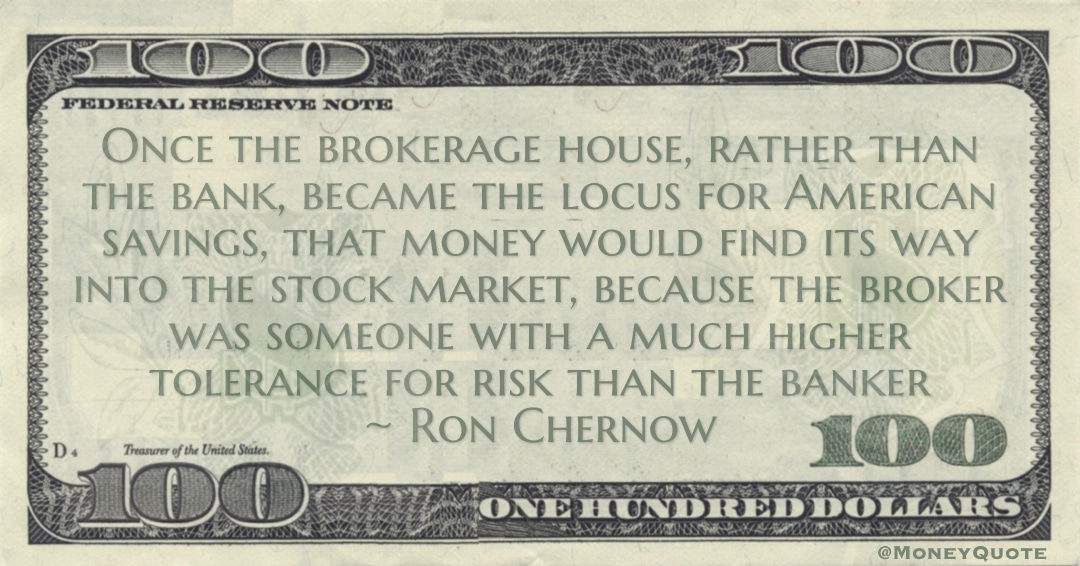 “Once the brokerage house, rather than the bank, became the locus for American savings, that money would find its way into the stock market, because the broker was someone with a much higher tolerance for risk than the banker” — Ron Chernow

Share the Ron Chernow Money quote image above on your site: 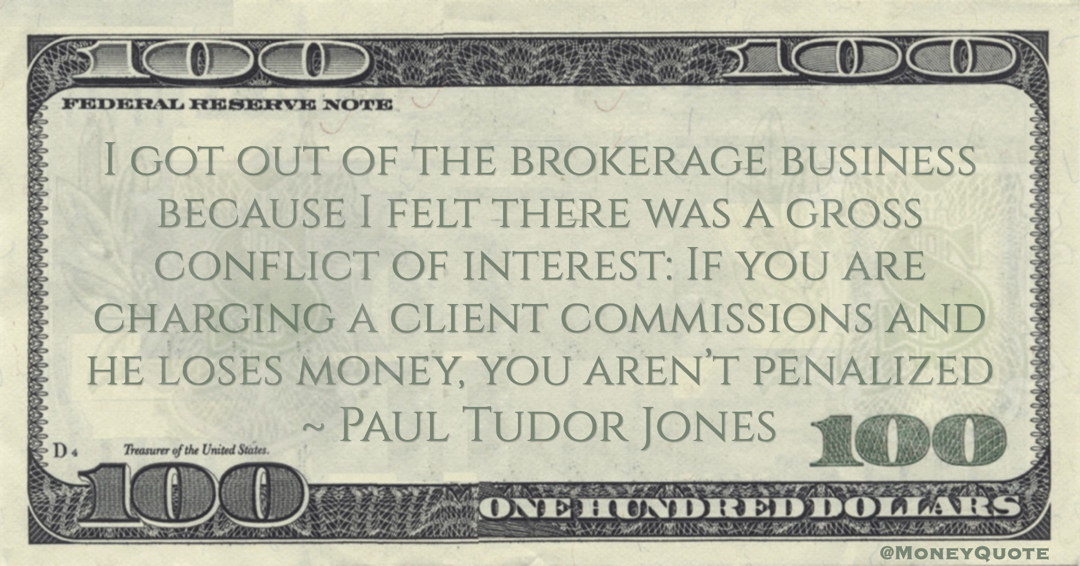 “I got out of the brokerage business because I felt there was a gross conflict of interest: If you are charging a client commissions and he loses money, you aren’t penalized” — Paul Tudor Jones