Graham Greene Money Quote saying those willing to sell themselves for money are more predictable than those that may be swayed by emotions. Graham Greene said: 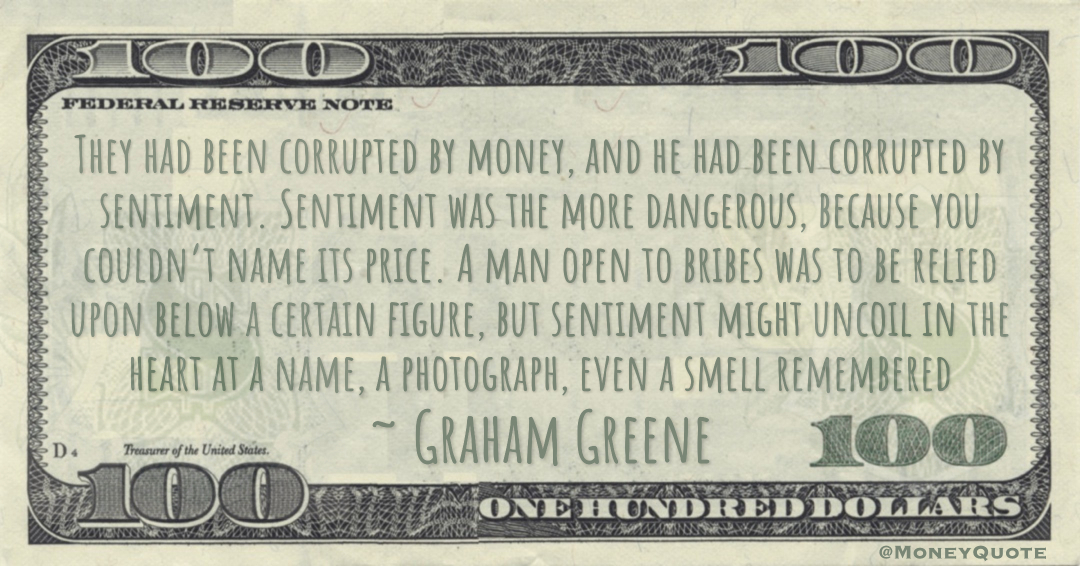 “They had been corrupted by money, and he had been corrupted by sentiment. Sentiment was the more dangerous, because you couldn’t name its price. A man open to bribes was to be relied upon below a certain figure, but sentiment might uncoil in the heart at a name, a photograph, even a smell remembered” — Graham Greene

Share the Graham Greene Money quote image above on your site:

Jeannette Rankin Money Quote saying as first U.S. Congress woman that no bribe is obvious or traceable – so to prove none were paid, she took the opposite actions. Jeannette Rankin said: 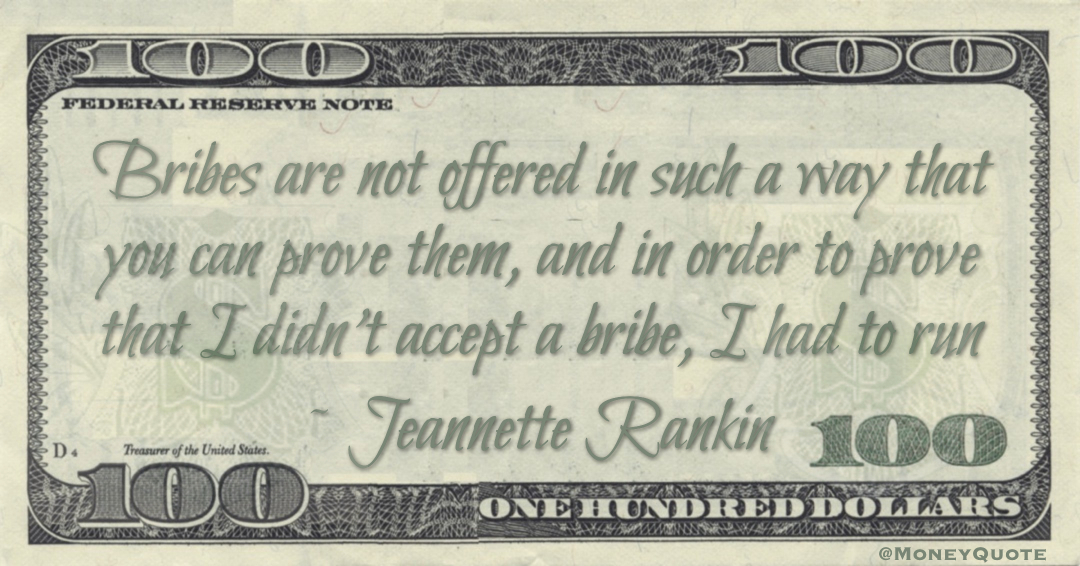 “Bribes are not offered in such a way that you can prove them, and in order to prove that I didn’t accept a bribe, I had to run” — Jeannette Rankin

Share the Jeannette Rankin Money quote image above on your site: 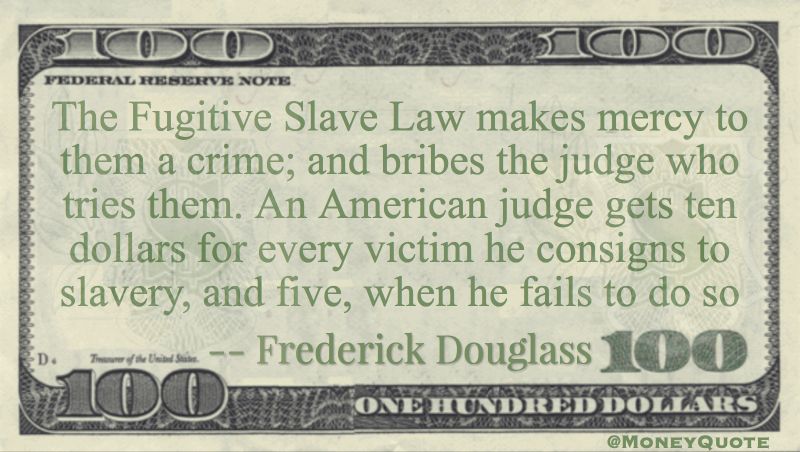