Proverbs 22:7 Bible Money Quote saying whoever owes another money debt is a servant to the creditor. Proverbs 22:7 says: 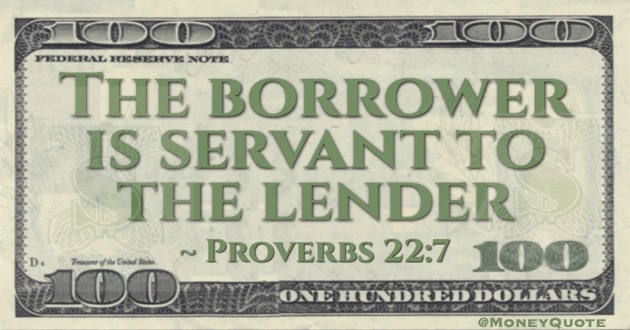 “The borrower is servant to the lender” — Proverbs 22:7

Share the Proverbs 22:7 Money quote image above on your site:

Proverbs, 22:7 Bible Money Quote saying wealth has servants who owe payments on their loans to those with riches which they serve. Proverbs, 22:7 said:

The rich is the one that rules over those of little means, and the borrower is servant to the man doing the lending
— Proverbs, 22:7 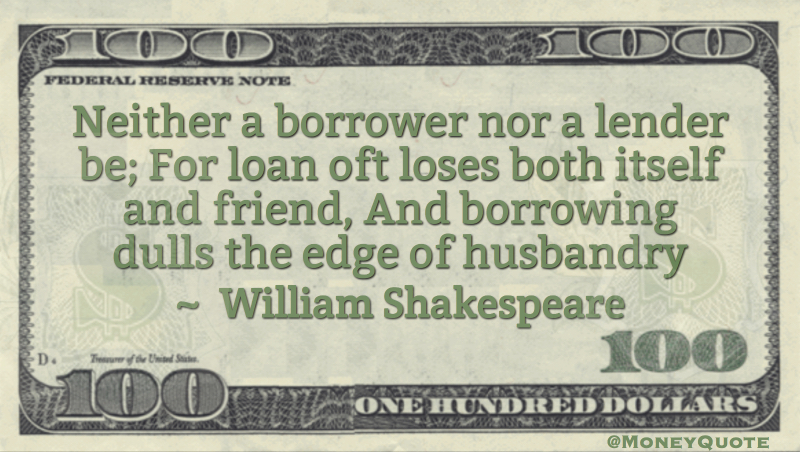