Steven Wright Money Quotation saying a small amount of food is so expensive it takes a cup of money to afford it. Steven Wright said:

I went to the bank and asked to borrow a cup of money. They said, ‘What for?’ I said, ‘I’m going to buy some sugar.’
— Steven Wright

Lee Iacocca on Borrow Money, Pay it Back 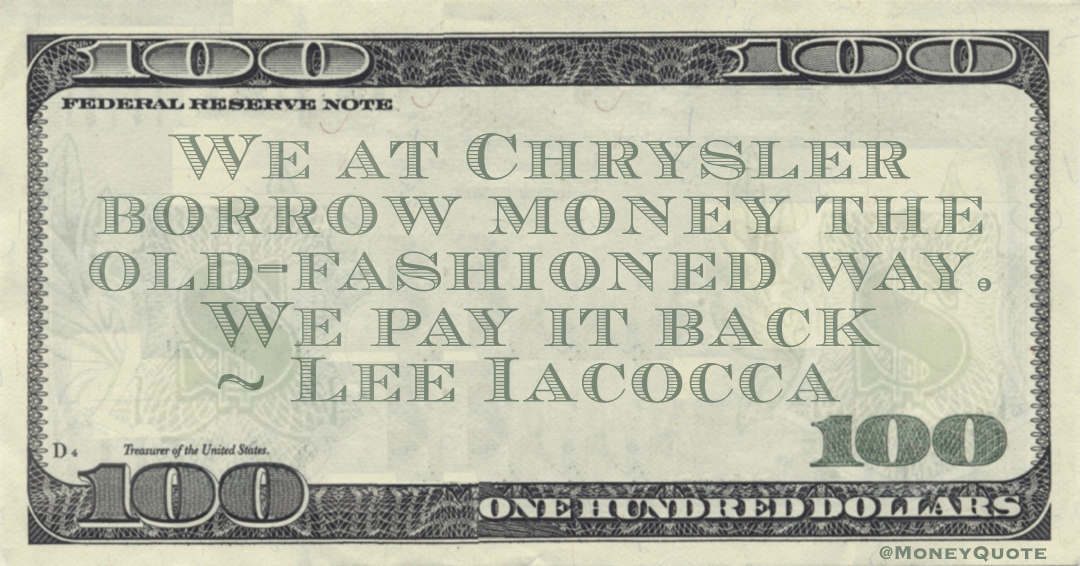 “We at Chrysler borrow money the old-fashioned way. We pay it back” — Lee Iacocca

Share the Lee Iacocca Money quote image above on your site:

Sophie Kinsella Money Quote saying earning a million without starting a business is a life-long path, while success in business happens much faster. Sophie Kinsella said:

People who want to make a million borrow a million first

Funny Money Quotes: Are you willing to ask the most personal of favors – borrowing – from good friends and family or would your prefer a cranky banker? Ambrose Bierce said:

Josh Billings: Living Within Your Means

Josh Billings Funny Money Quote – Money Quotation saying that borrowing money is acceptable if it will keep you from over-extending yourself. Josh Billings said:

Always live within your income, even if you have to borrow money to do so