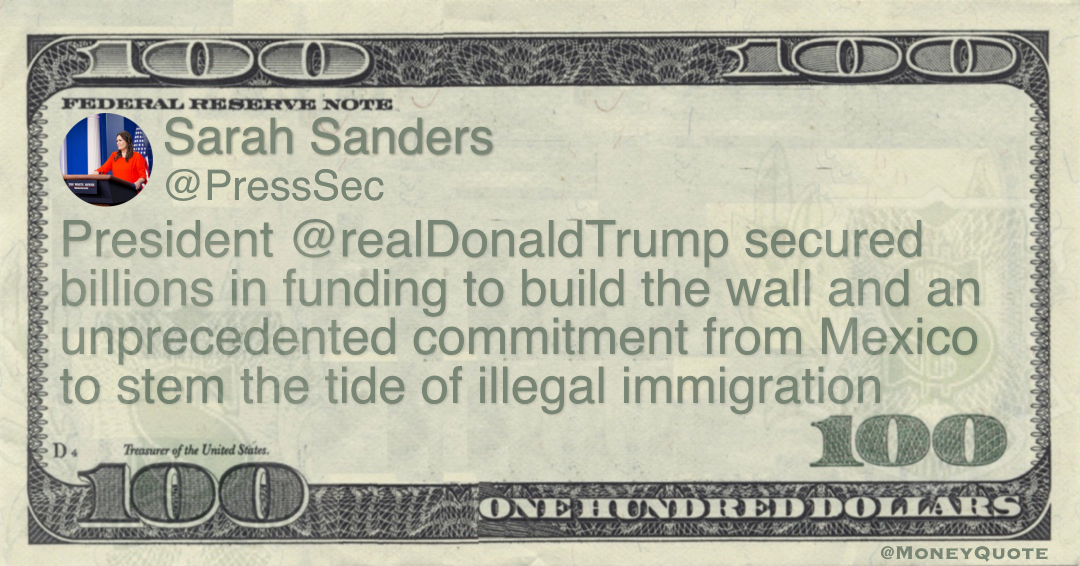 Share the Sarah Huckabee Sanders Money quote image above on your site:

Despite no help from the do-nothing Democrats in Congress, President @realDonaldTrump secured billions in funding to build the wall and an unprecedented commitment from Mexico to stem the tide of illegal immigration. That’s leadership and another historic win for America. 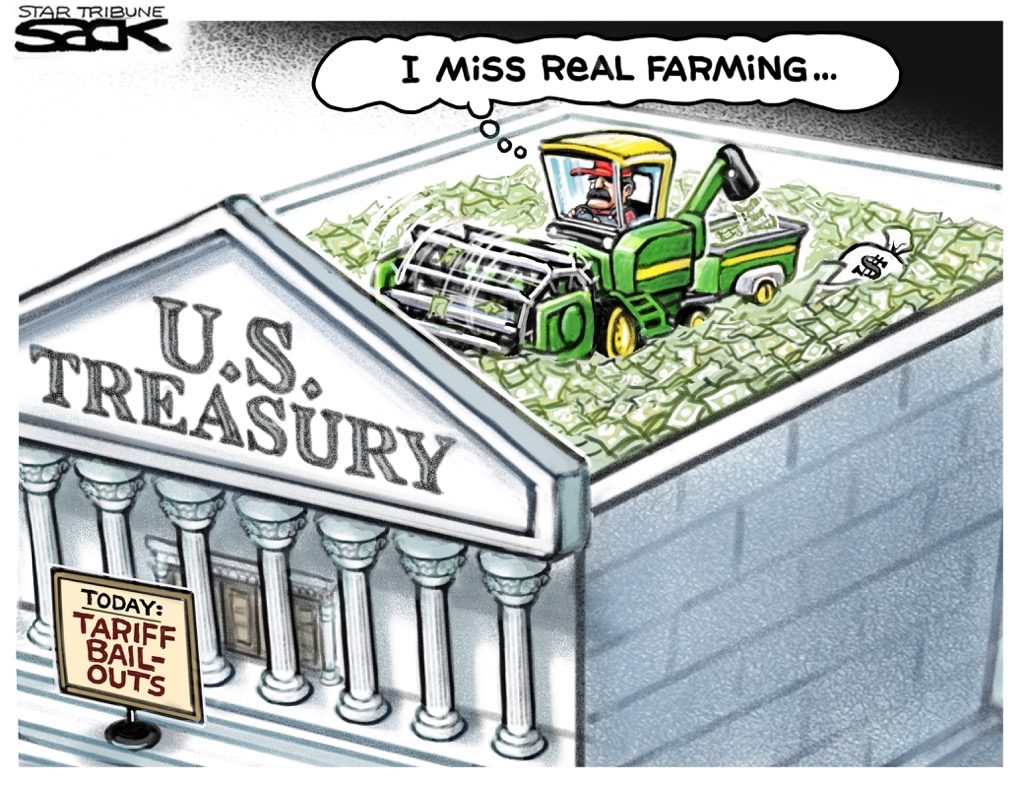 Donald Trump Money Quote saying that tariffs charged on imports are earning the U.S. billions, while not comprehending that U.S. purchasers pay those tariffs, not China. Donald Trump said: 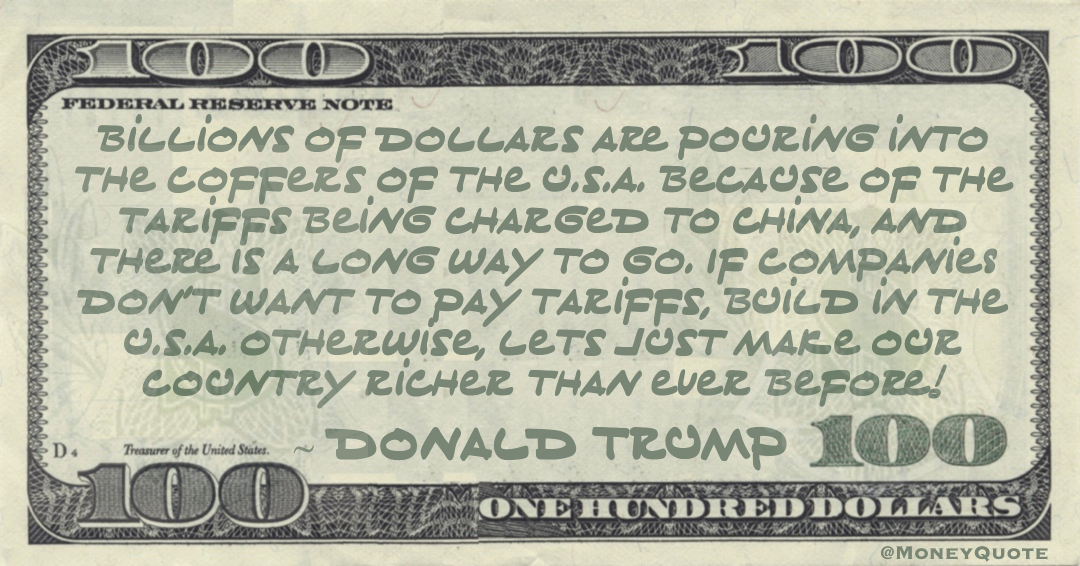 “Billions of Dollars are pouring into the coffers of the U.S.A. because of the Tariffs being charged to China, and there is a long way to go. If companies don’t want to pay Tariffs, build in the U.S.A. Otherwise, lets just make our Country richer than ever before!” — Donald J. Trump

Billions of Dollars are pouring into the coffers of the U.S.A. because of the Tariffs being charged to China, and there is a long way to go. If companies don’t want to pay Tariffs, build in the U.S.A. Otherwise, lets just make our Country richer than ever before!

Loretta Lynch Money Quote saying as the Former Attorney General in the Obama administration, that Barclays Bank was reckless with investors money in the Mortgage Crisis of 2008. Loretta Lynch said: 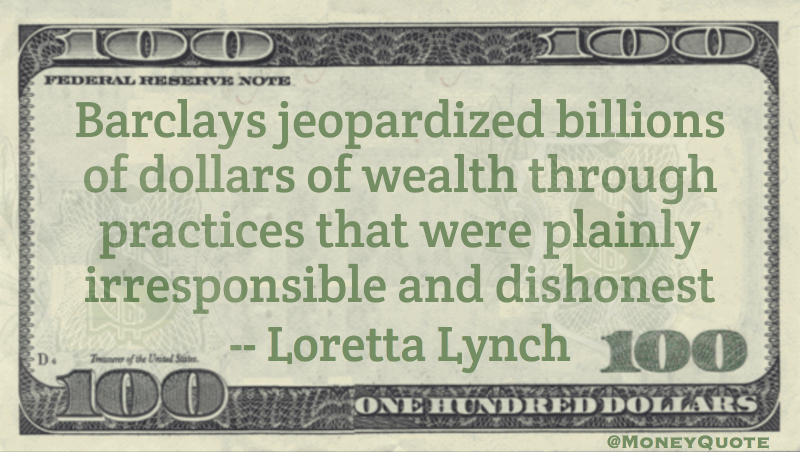 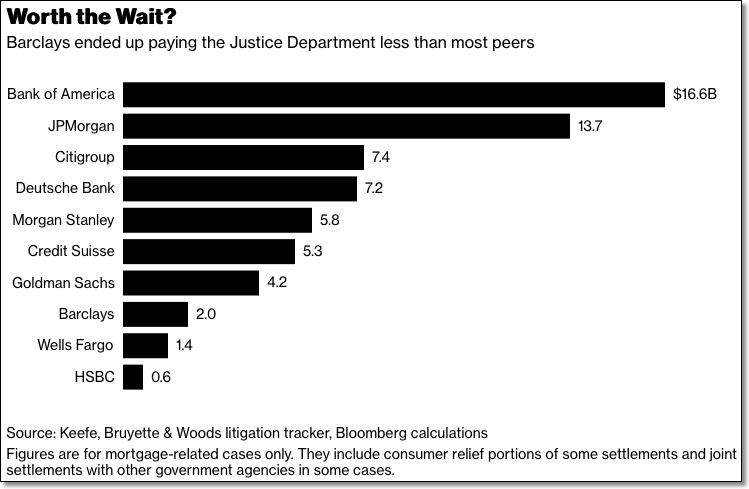 People who sell bolts and nuts and locomotives and frozen orange juice make billions, while the people who struggle to bring a little beauty into the world, give life a little meaning, they starve
— Kurt Vonnegut