7 years after #CitizensUnited, @realDonaldTrump is giving millionaires and billionaires direct control over our democracy. #RiggedCabinet

I will appoint justices … who will protect a woman’s right to choose, rather than billionaires’ right to buy elections
— Hillary Clinton

Bernie Sanders: Of, For, & By Billionaires

Bernie Sanders Money Quote saying the wealthy are becoming the government and is no longer controlled by the electorate. Bernie Sanders said: 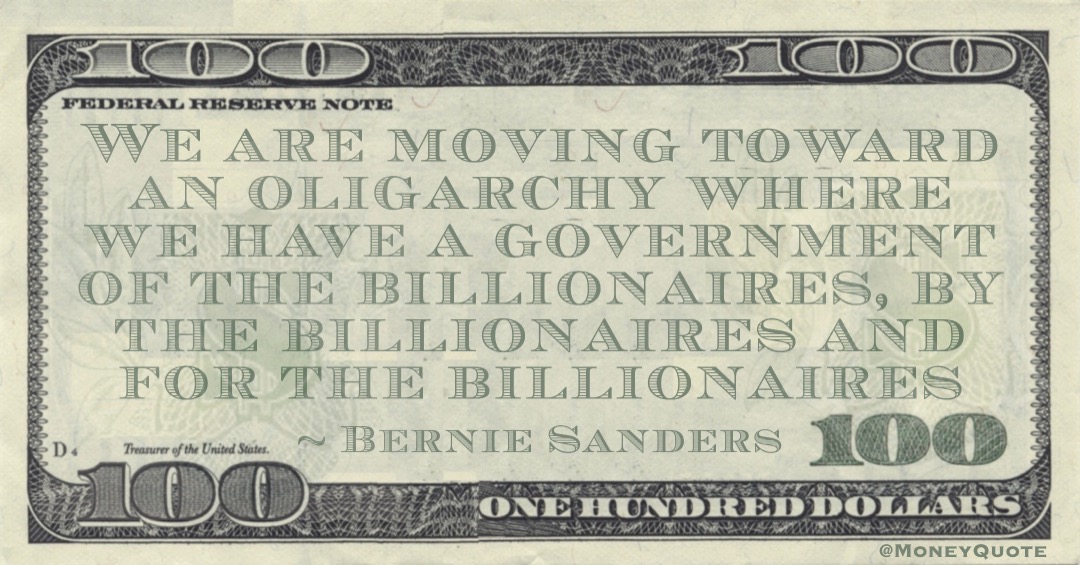 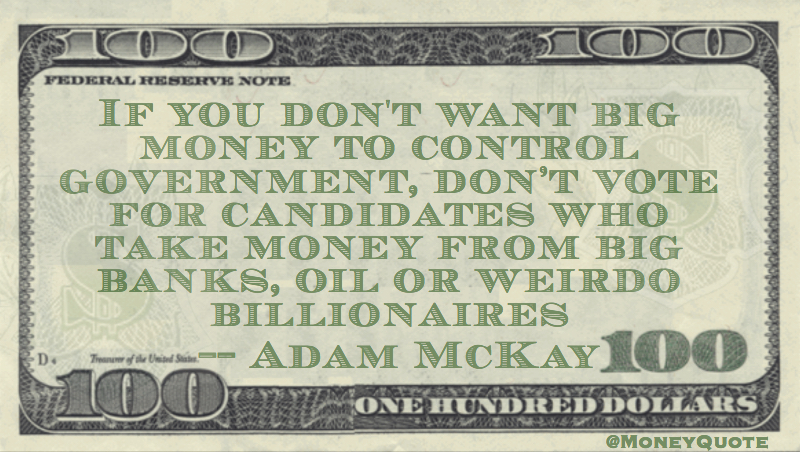 Share the Adam McKay Money quote image above on your site:

Bernie Sanders: U.S. No. 1 in Inequality

Bernie Sanders Money Quotation saying there are several things the United States is number one in the world where we should be ashamed we lead, including wealth inequity and youth poverty. Bernie Sanders said: 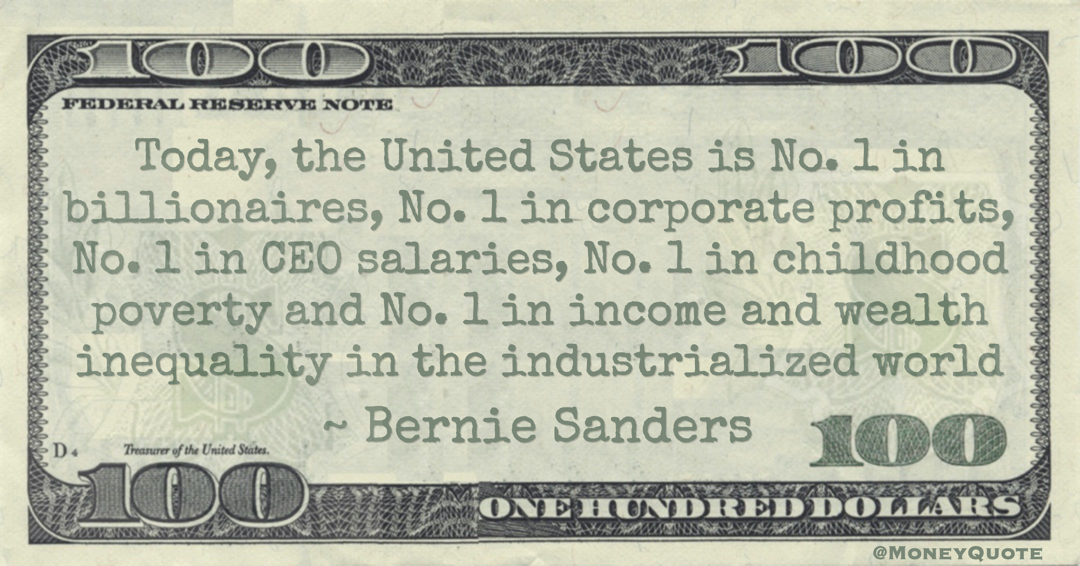 “Today, the United States is No. 1 in billionaires, No. 1 in corporate profits, No. 1 in CEO salaries, No. 1 in childhood poverty and No. 1 in income and wealth inequality in the industrialized world” — Bernie Sanders