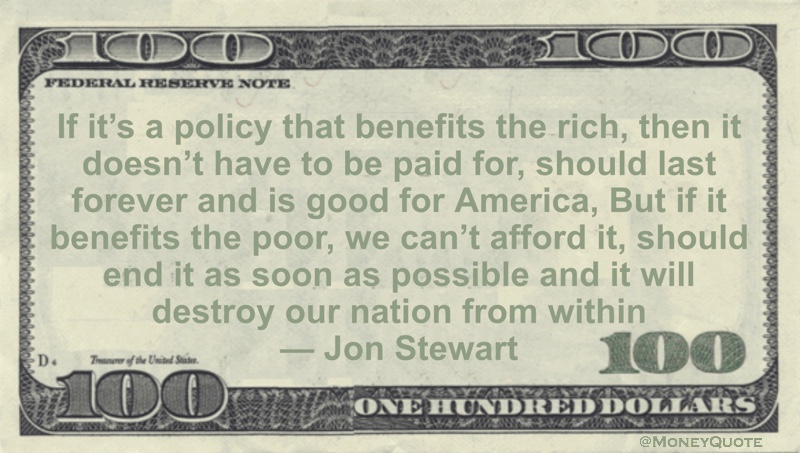 “If it’s a policy that benefits the rich, then it doesn’t have to be paid for, should last forever and is good for America, But if it benefits the poor, we can’t afford it, should end it as soon as possible and it will destroy our nation from within” — Jon Stewart