“Without a rich heart, wealth is an ugly beggar” — Ralph Waldo Emerson 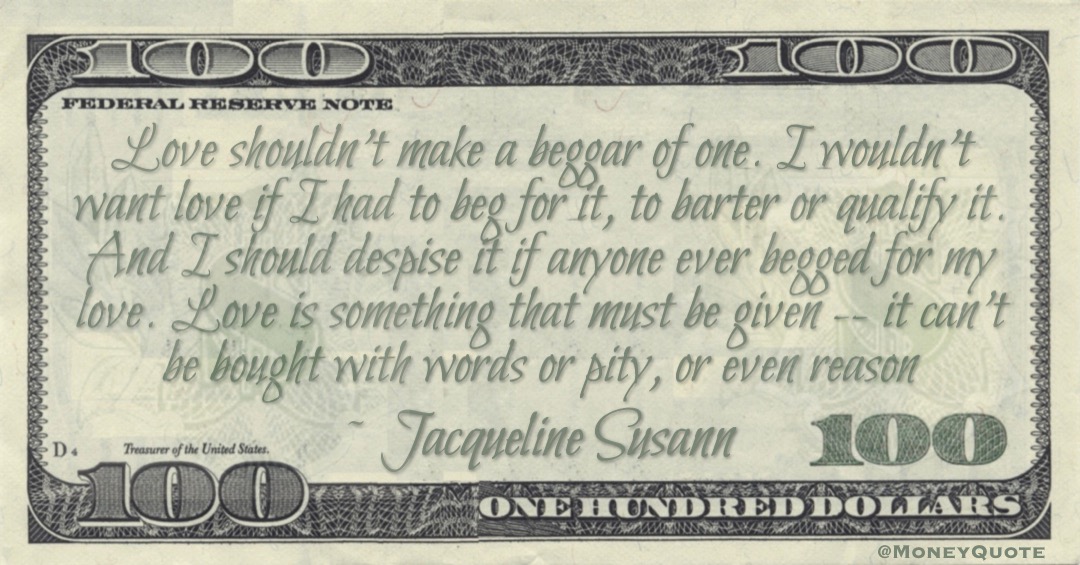 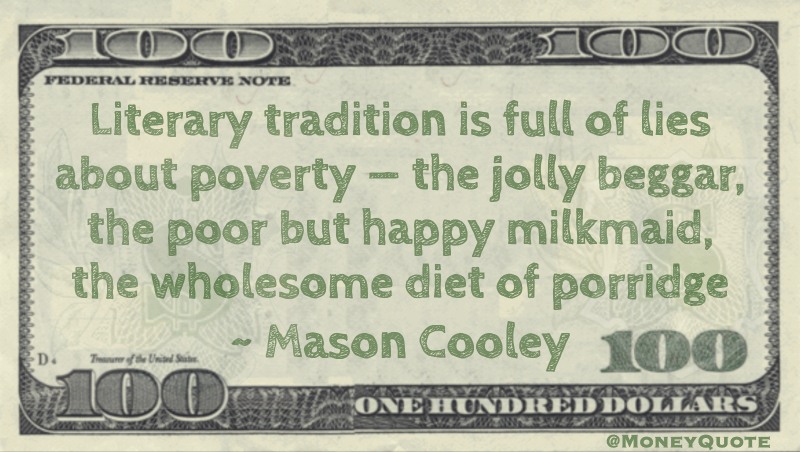 “Literary tradition is full of lies about poverty — the jolly beggar, the poor but happy milkmaid, the wholesome diet of porridge, etc.” — Mason Cooley

Share the Mason Cooley Money quote image above on your site:

Shakespeare on Beggary of Poor in Spirit