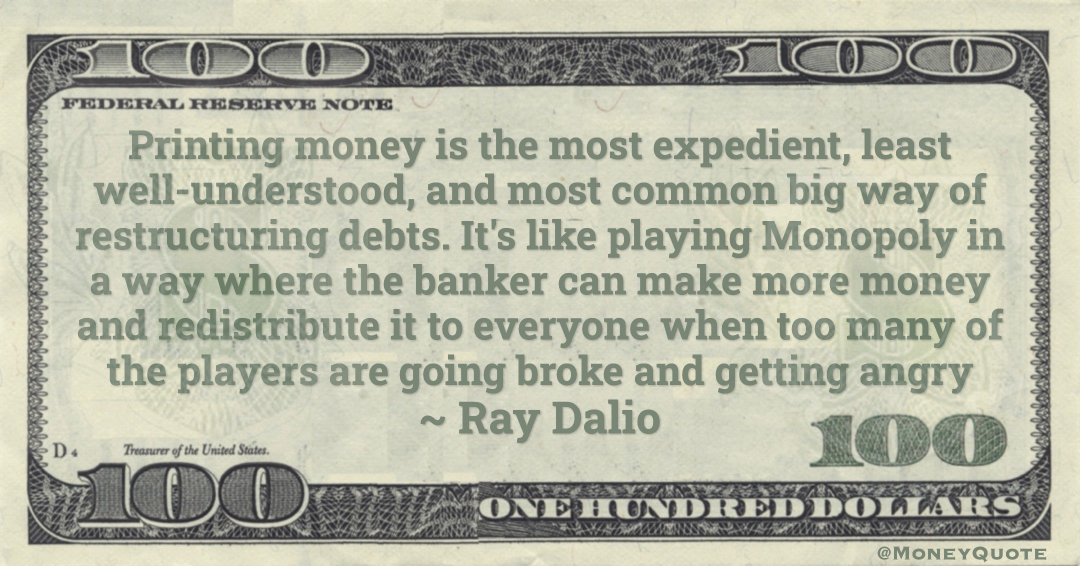 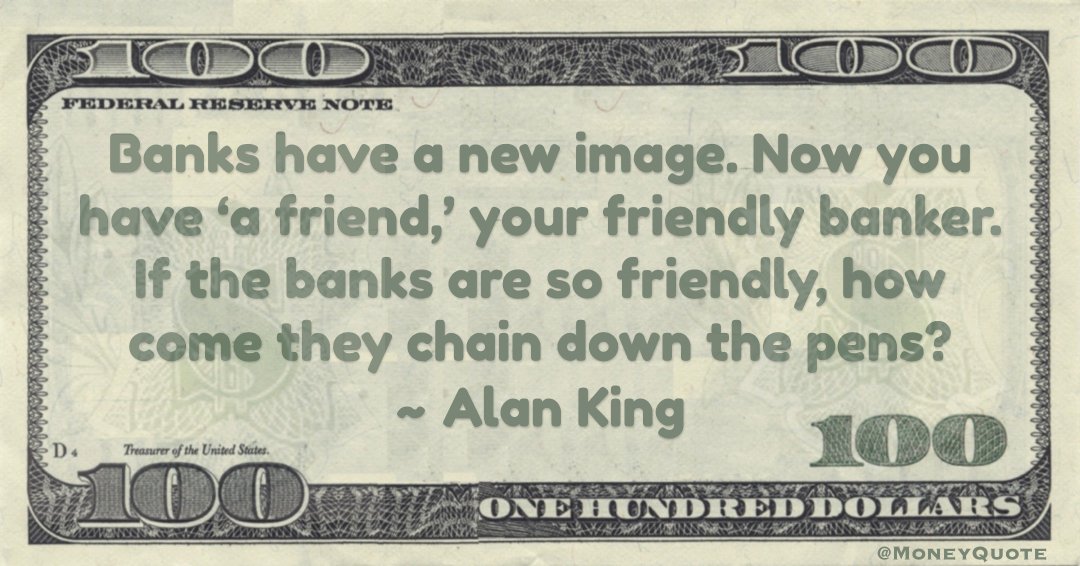 “Banks have a new image. Now you have ‘a friend,’ your friendly banker. If the banks are so friendly, how come they chain down the pens?” — Alan King

Share the Alan King Money quote image above on your site: 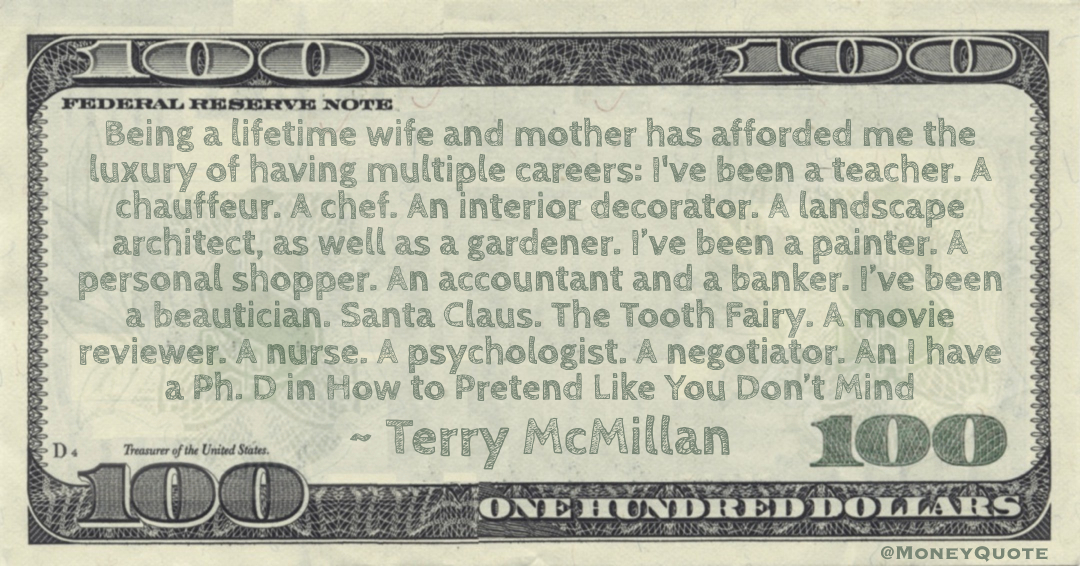 “Being a lifetime wife and mother has afforded me the luxury of having multiple careers: I’ve been a teacher. A chauffeur. A chef. An interior decorator. A landscape architect, as well as a gardener. I’ve been a painter. A personal shopper. An accountant and a banker. I’ve been a beautician. Santa Claus. The Tooth Fairy. A movie reviewer. A nurse. A psychologist. A negotiator. An I have a Ph. D in How to Pretend Like You Don’t Mind” — Terry McMillan

Share the Terry McMillan Money quote image above on your site:

French Proverb: Father is a Banker

French have a proverb saying that Fathers are seen as a banker provided by nature that nurtures. 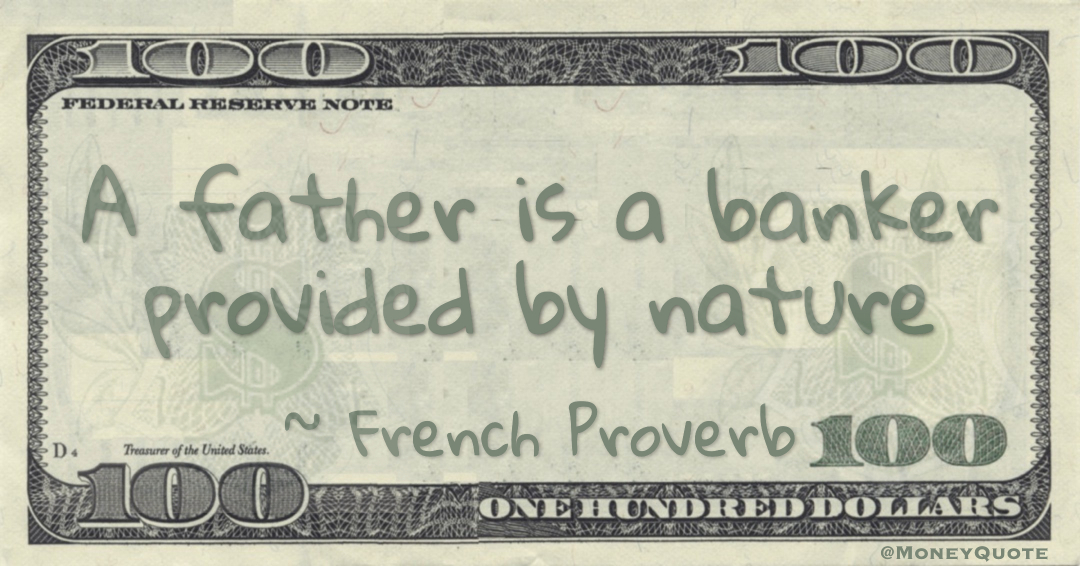 “A father is a banker provided by nature” — French Proverb

Share the French Proverb Money quote image above on your site: