Money Quote saying we’re always sizing up our existence by looking at our bank & money situation rather than our feelings, beliefs and dreams. Kora-Lea Vidal said:

Sophia Amoruso: Money on Your Feet

Sophia Amoruso Money Quote saying money spent never seems quite as nice as money kept in the bank, including footwear – the cash is nicer than the shoes. Sophia Amoruso said: 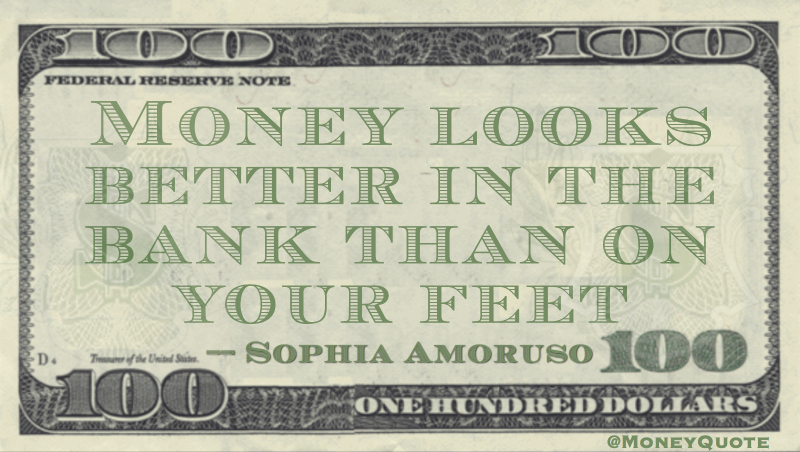 Share the Sophia Amaruso Money quote image above on your site: 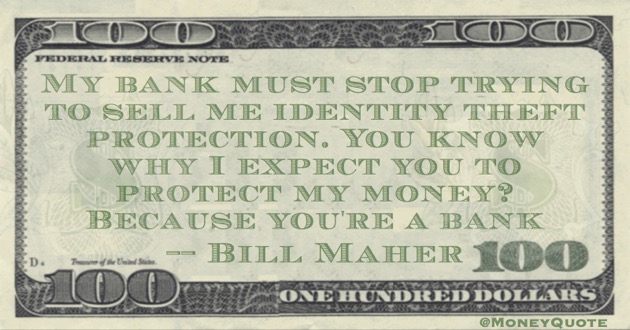 “My bank must stop trying to sell me identity theft protection. You know why I expect you to protect my money? Because you’re a bank” — Bill Maher 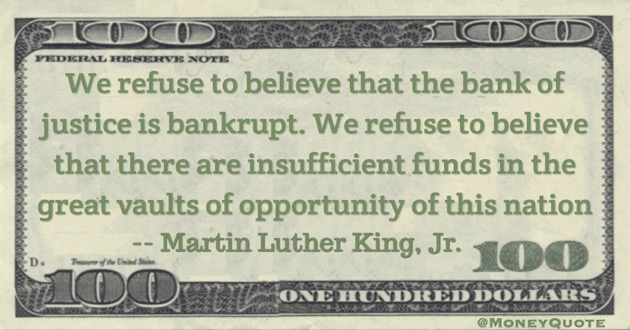 Share the Marin Luther King Money quote image above on your blog:

Maggie Walker Money Quote saying as the founder of the first St. Luke Penny Savings Bank in 1903, that minority businesses should pool their resources in a black owned institution to thrive. Maggie Walker said: 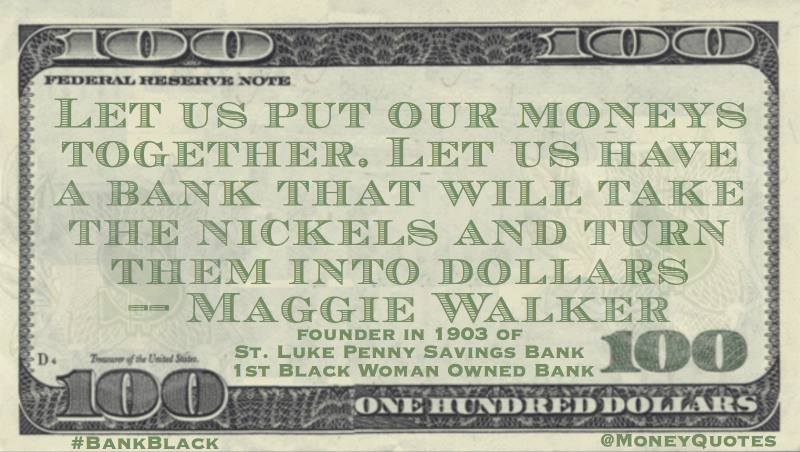 “Let us put our moneys together. Let us have a bank that will take the nickels and turn them into dollars” — Maggie Walker

Share the Maggie Walker Money quote image above on your site:

What we can do is leverage data and AI to provide people with peace of mind, really having an almost magical experience
that things in their financial life turn out
the way they want it. It’s almost like a
self-driving bank experience
— Carlos Torres Vila

The fear among bankers is that there’s this guy out there, and he can do whatever he wants, and nobody can stop him, I would be afraid too if I were a bank
— Dick Bove