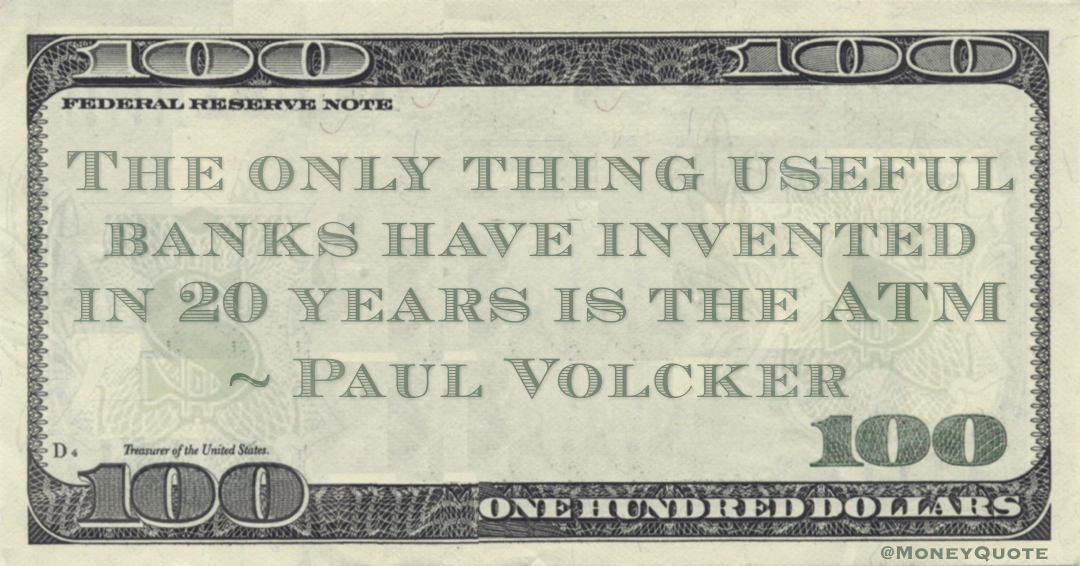 Share the Paul Volcker Money quote image above on your site:

Jarod Kintz Money Quotation saying there are no Automated Teller Machines that dispense kindness because it is not accepted at gentlemen’s clubs. Jarod Kintz said:

My currency is kindness, and while there are no ATMs that dispense it, it’s also not accepted or recognized at strip clubs
— Jarod Kintz

Bill Janklow Money Quote saying it’s amazing that we are willing to give banks money for access to our own money from ATM’s. Bill Janklow said: 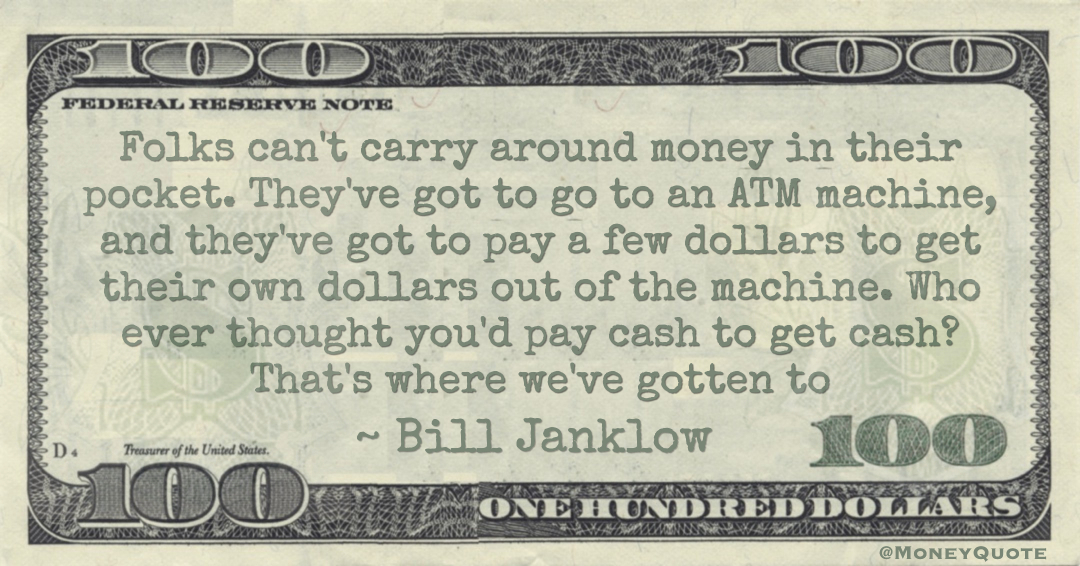 Folks can’t carry around money in their pocket. They’ve got to go to an ATM machine, and they’ve got to pay a few dollars to get their own dollars out of the machine. Who ever thought you’d pay cash to get cash? That’s where we’ve gotten to – Bill Janklow

Share the Bill Janklow Money quote image above on your site: