Aristotle: Parent of Revolution is Poverty 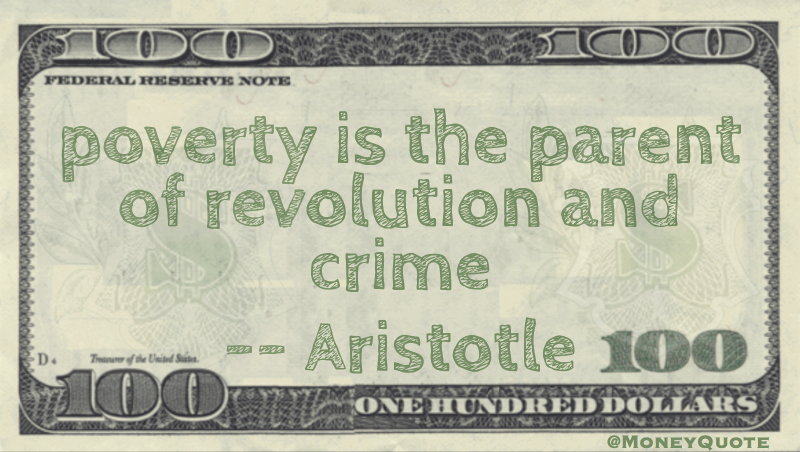 “Poverty is the parent of revolution and crime” — Aristotle

Aristotle Money Quotation saying we all have basic ability for charity, but few have the knowledge of effective philanthropy. Aristotle said: 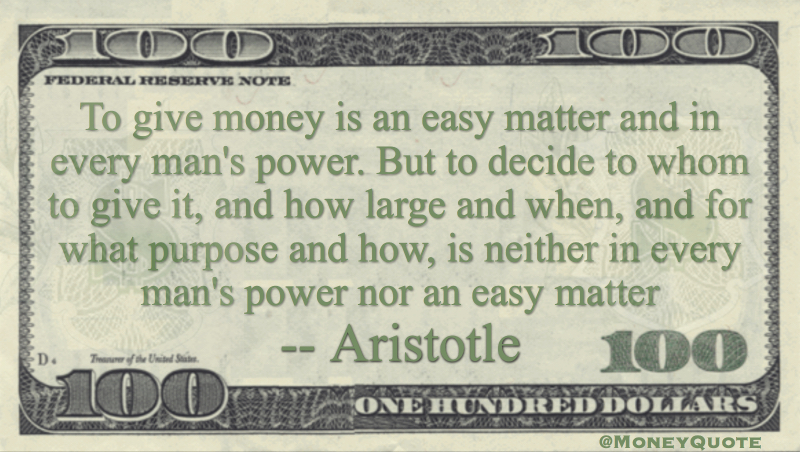 Aristotle: Satisfaction in a Bank Balance

Aristotle Money Quote saying cash answers all wanting for the things it can buy – even if we don’t buy those things, we know we can have them if the money is available. Aristotle said:

Money is a guarantee that we may have what we want in the future. Though we need nothing at the moment it insures the possibility of satisfying a new desire when it arises — Aristotle

Aristotle Money Quote saying loan sharks as small operators earning fast money on quick transactions is hated – but the description sounds like some practices of the respected banking industry on a smaller scale and without a license. Aristotle said:

The trade of the petty usurer is hated with most reason: it makes a profit from currency itself, instead of making it from the process which currency was meant to serve. Their common characteristic is obviously their sordid avarice
— Aristotle