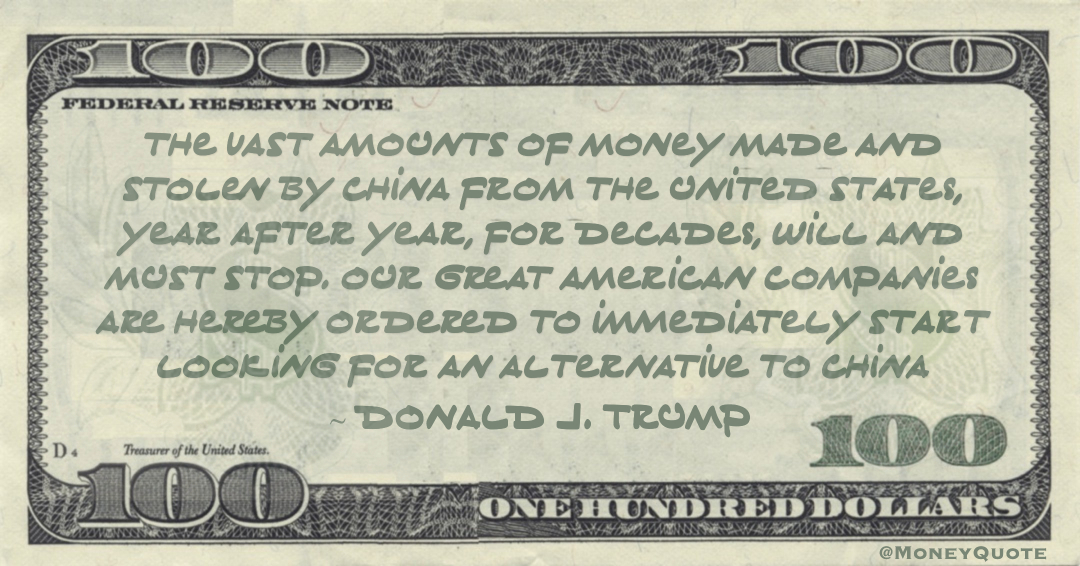 “The vast amounts of money made and stolen by China from the United States, year after year, for decades, will and must STOP. Our great American companies are hereby ordered to immediately start looking for an alternative to China” — Donald Trump 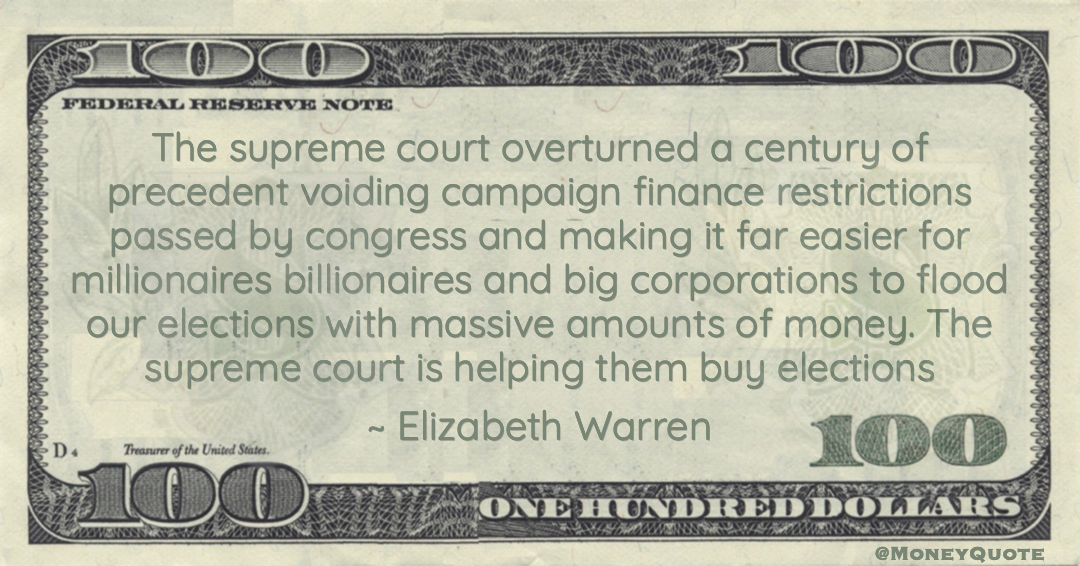 “The supreme court overturned a century of precedent voiding campaign finance restrictions passed by congress and making it far easier for millionaires billionaires and big corporations to flood our elections with massive amounts of money. The supreme court is helping them buy elections” — Elizabeth Warren