Alan Watts Money Quote saying we have poverty because there is a poverty of imagination and nobody knows how to enjoy real wealth. Alan Watts said: 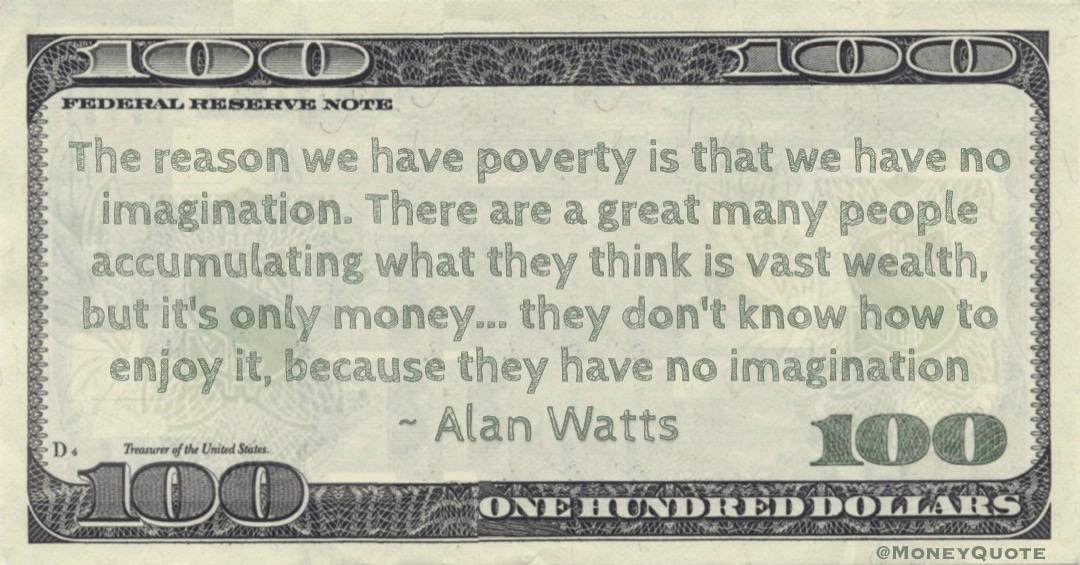 “The reason we have poverty is that we have no imagination. There are a great many people accumulating what they think is vast wealth, but it’s only money… they don’t know how to enjoy it, because they have no imagination” — Alan Watts

Alan W. Watts Money Quote saying spending our time doing things we don’t enjoy is a waste of life if those things are done only to get money and is the most important thing you do. Alan W. Watts said: 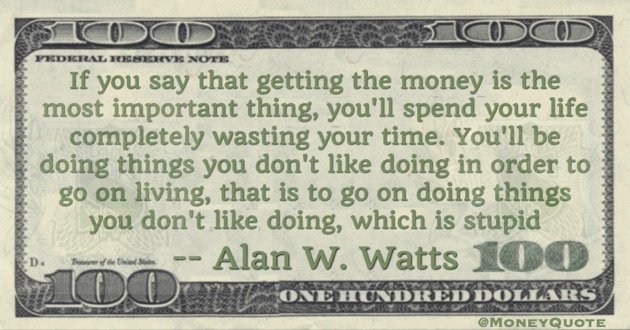