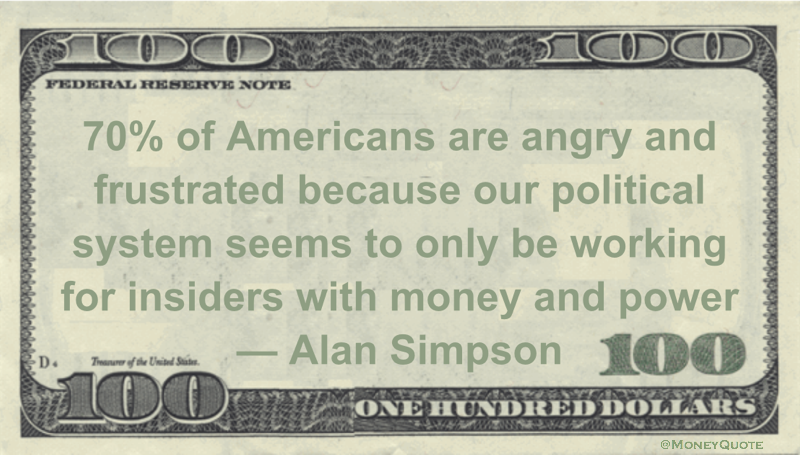 Share the Alan Simpson Money quote image above on your site:

Alan Simpson: Money is THE Problem

Former Republican U.S. Senator from Wyoming Alan Simpson Money Quotation saying that money dominating politics is at the heart of all other problems. Alan Simpson said:

Money’s dominance over politics isn’t merely one problem of many our country faces. It is the problem! It is a growing crisis that prevents us from tackling anything else
— Alan Simpson