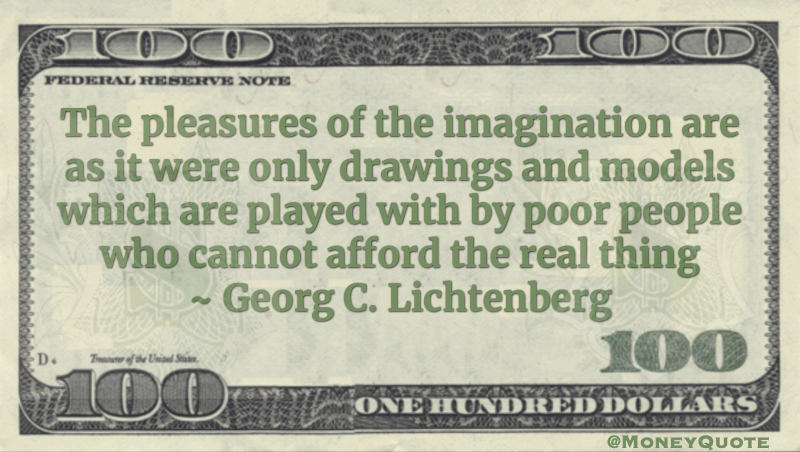 “The pleasures of the imagination are as it were only drawings and models which are played with by poor people who cannot afford the real thing” — Georg C. Lichtenberg

Share the Georg C. Lichtenberg Money quote image above on your site:

Jim Robbins Money Quote saying the benefit we derive from shade, oxygenation and beauty of trees could not be bought for any price. Jim Robbins said: 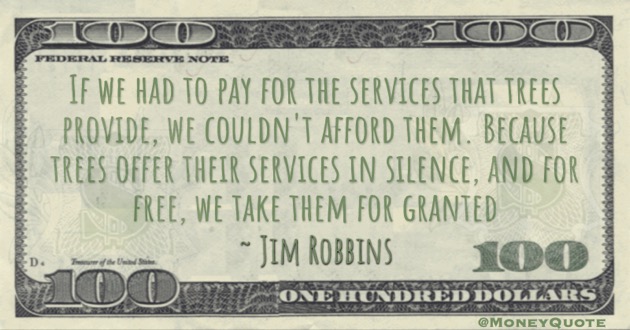 “If we had to pay for the services that trees provide, we couldn’t afford them. Because trees offer their services in silence, and for free, we take them for granted” — Jim Robbins

Share the Jim Robbins Money quote image above on your site:

Louis Agassiz Money Quote saying he has too much work and exploration to do to worry about earning. Louis Agassiz said: 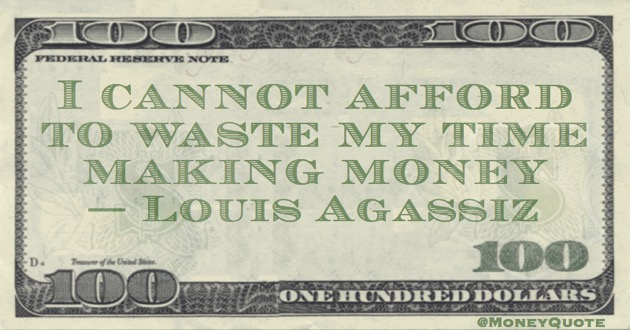 Share the Louis Agassiz Money quote image above on your site:

Free speech isn't free if only the wealthy can afford it. I intro'd #DemocracyForAll to overturn Citizens United and restore accountability. pic.twitter.com/kcPHwIgcyc

While Americans are suffering and dying because they cannot afford the medications they need, the 10 highest-paid chief executives in the pharmaceutical industry collectively made $327 million in 2015. These executives get richer while Americans die
— Bernie Sanders

If it’s a policy that benefits the rich, then it doesn’t have to be paid for, should last forever and is good for America, But if it benefits the poor, we can’t afford it, should end it as soon as possible and it will destroy our nation from within
— Jon Stewart

Every time we seek something that we can’t afford, we can be counted as poor, how much money we may actually have
— Jean-Jacques Rousseau

Samuel Johnson Money Quote saying the attitude of negligence is a sure attraction to poverty for one who believes they have the luxury of being neglectful. Samuel Johnson said: