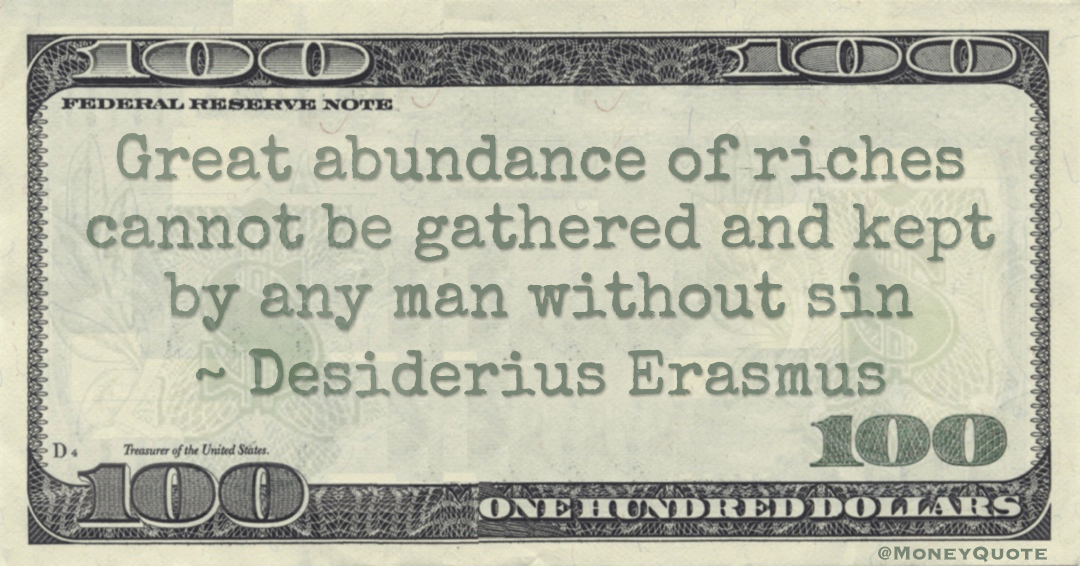 Share the Desiderius Erasmus Money quote image above on your site:

Cervantes: Abundance to be Valued 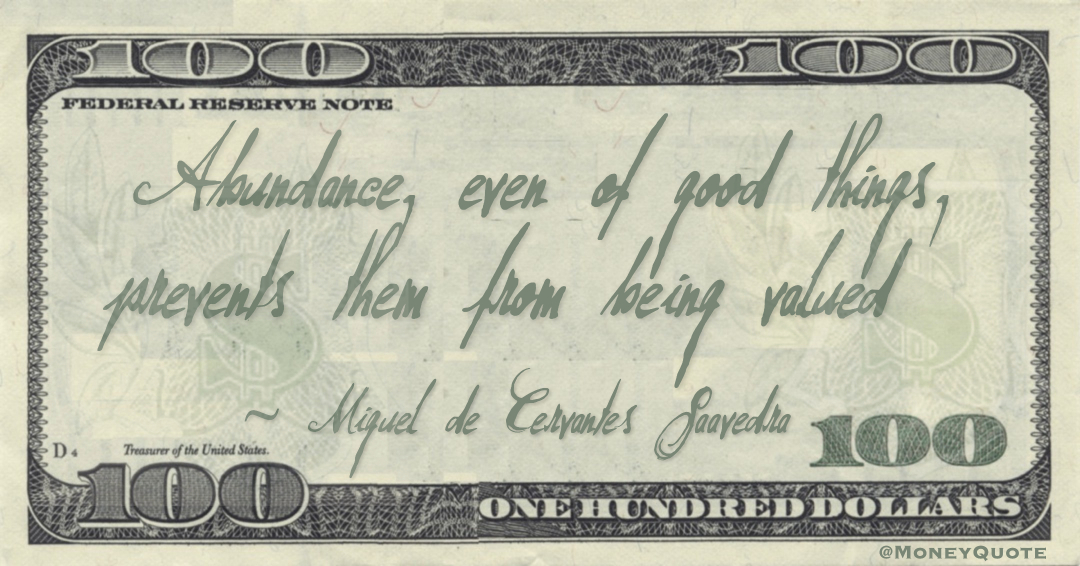 “Abundance, even of good things, prevents them from being valued” — Miguel de Cervantes Saavedra

Share the Miguel de Cervantes Saavedra Money quote image above on your site:

The abundance of a rich man permits him no sleep. I have seen a grievous evil under the sun: wealth hoarded to the harm of its owner, or wealth lost through some misfortune, so that when he has a son there is nothing left for him
— Ecclesiastes 5:13

Bob Proctor: See Yourself in Abundance

See yourself living in abundance and you will attract it. It works every time with every person
— Bob Proctor

See yourself living in abundance and you will attract it. It works every time with every person. #bobproctor #LOA

Luke 12:15 bible Money Quote saying that our lives are not measured by our possessions and we should avoid being greedy for things that don’t make a life worthwhile. Luke 12:15 said:

Watch out! Be on your guard against all kinds of greed; life does not consist in an abundance of possessions
— Luke 12:15