Steve Mnuchin Money Quote saying as Treasury Secretary nominee in January of 2017, that the rich would not receive a tax cut, which was then called the ‘Mnuchin Rule‘ on taxes. Steve Mnuchin said: 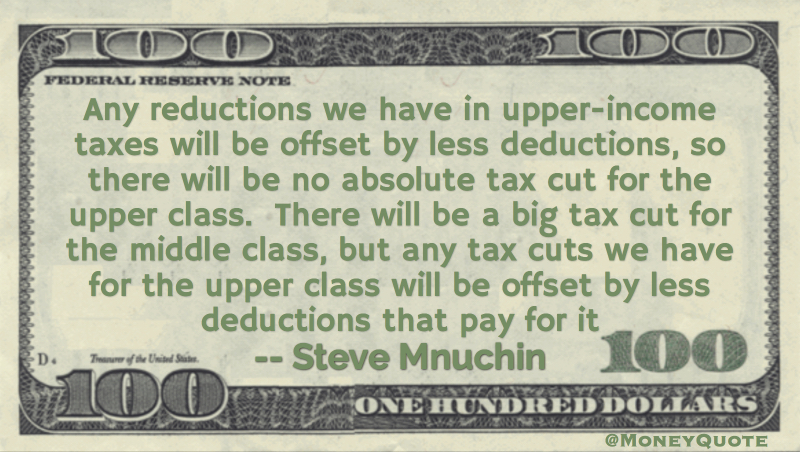 Share the Steve Mnuchin Money quote image above on your site: