Sammy Davis, Jr.: Everything But Money 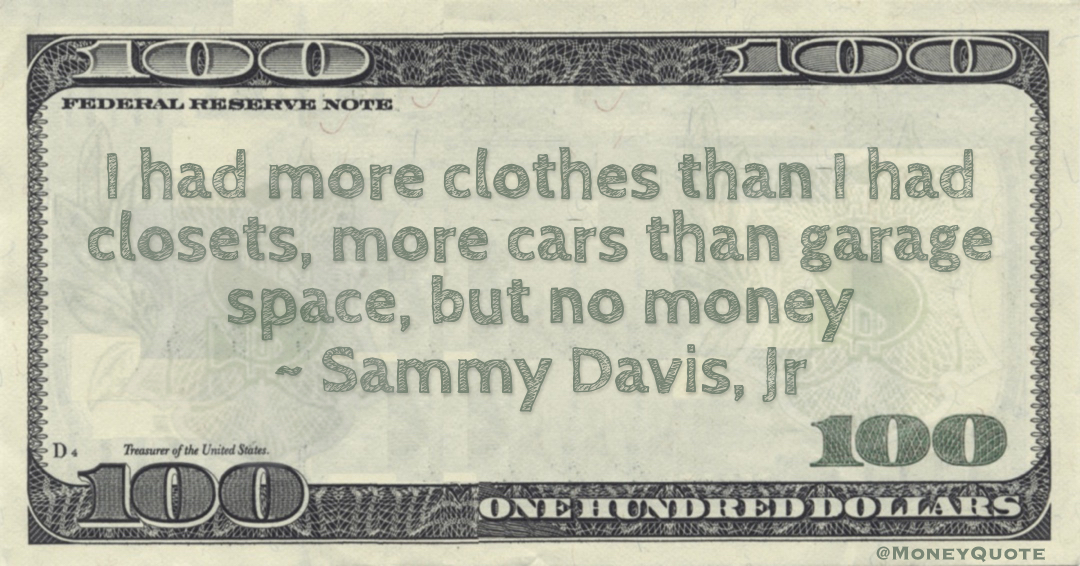 “I had more clothes than I had closets, more cars than garage space, but no money” — Sammy Davis, Jr.

Share the Sammy Davis, Jr Money quote image above on your site: