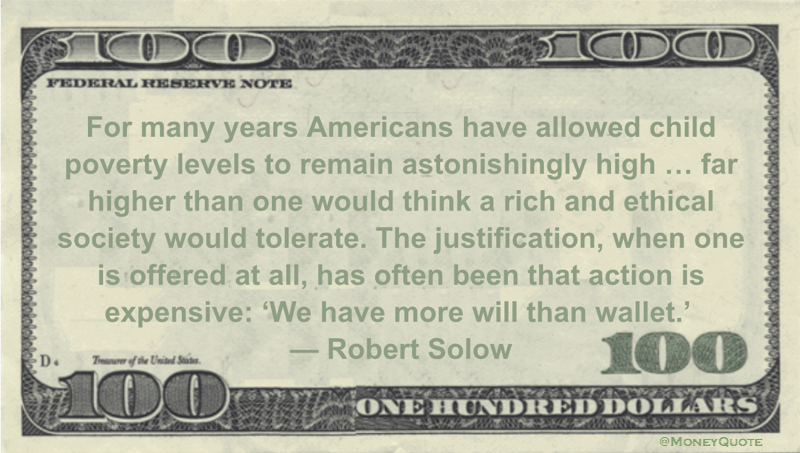 “For many years Americans have allowed child poverty levels to remain astonishingly high … far higher than one would think a rich and ethical society would tolerate. The justification, when one is offered at all, has often been that action is expensive: ‘We have more will than wallet.’” — Robert Solow

Share the Robert Solow Money quote image above on your site: